Miguel Lamperti: ”Should be resolved because we want to have the freedom to play”

Yesterday Agustin Tapia's stated to Padel Alto that his participation in Premier Padel's next competition in Rome is uncertain due to his sponsor. Now, the second-highest Nox-sponsored player Miguel Lamperti comments on the situation in an interview with the Argentinean newspaper Olé.
— I feel the same way. That's what I always ask my boss: that this must be resolved, he says.

In a big interview with Padel Alto, Nox star player Agustin Tapia said that Premier Padel's next tournament in Rome is unclear for the Nox sponsored players as the brand keeps the same line as for the first tournament in Qatar.

— I'm still in the same situation. For now, I'm not playing. Nothing is confirmed, but it´s my brand's decision, and their thoughts remain the same. It's a shame, he said to Padel Alto.

Lamperti: ”We ask that this should be resolved”

A little later, Miguel Lamperti spoke out in the Argentinean newspaper Olé. He agrees with Tapia when asked about Agustin Tapia's statement to Padel Alto.

— I feel the same way. That's what I always ask my boss: that this must be resolved so that we can play with the best. Of course, I also put myself in Nox's place, who has a signed contract and doesn't want to have a trial with World Padel Tour. We ask that this should be resolved because we want to have the freedom to play. And even sportingly speaking, it's a problem because, for the Challenger of Mallorca, I have to look for a new partner with all that entails, says Miguel Lamperti to Olé.

The Premier Padel's first competition in Qatar saw the participation of all men's players in the world elite, except for the three Nox-sponsored players, Agustin Tapia, Miguel Lamperti, and Rafa Mendez.

Lamperti and Mendez participated in the World Padel Tour's Getafe Challenger. Agustin Tapia, however, is too high ranked to participate in the Challenger competitions.

The next Premier Padel tournament in Rome clashes with the WPT Mallorca Challenger.

Both Agustin Tapia and Miguel Lamperti claim that it is Nox's final decision on the players' participation in future Premier Padel tournaments. Both claim at the same time that Nox has a contract with the World Padel Tour.

— The truth is that there is nothing defined. Hopefully, I will play. But in the end, I can´t do anything. They have to confirm it (Nox), so I'll be waiting. My desire to play is 100%. No one should doubt that, said Agustin Tapia in yesterday's interview.

In an interview with Padel Alto just before the first competition in Qatar, Agustin Tapia said:

— It was a decision of the brand. They have a contract with World Padel Tour.

The company's CEO Jesús Ballvé has previously denied that this is the case. Instead, he said in an interview with Padel Alto that he had given his players a recommendation not to play.

— Nox has advised its players not to violate the clauses they have signed in their contracts with the WPT, he said.

Read all the articles on the topic

Nox CEO to Alto on why their players are missing in the FIP tour: ”Tapia and Lamperti can´t play”

Tapia to Padel Alto after being stopped from the new tour: ”Final decision from Nox”

Sanyo to Padel Alto: ”If Agustin can´t play the circuit, it will be very complicated” 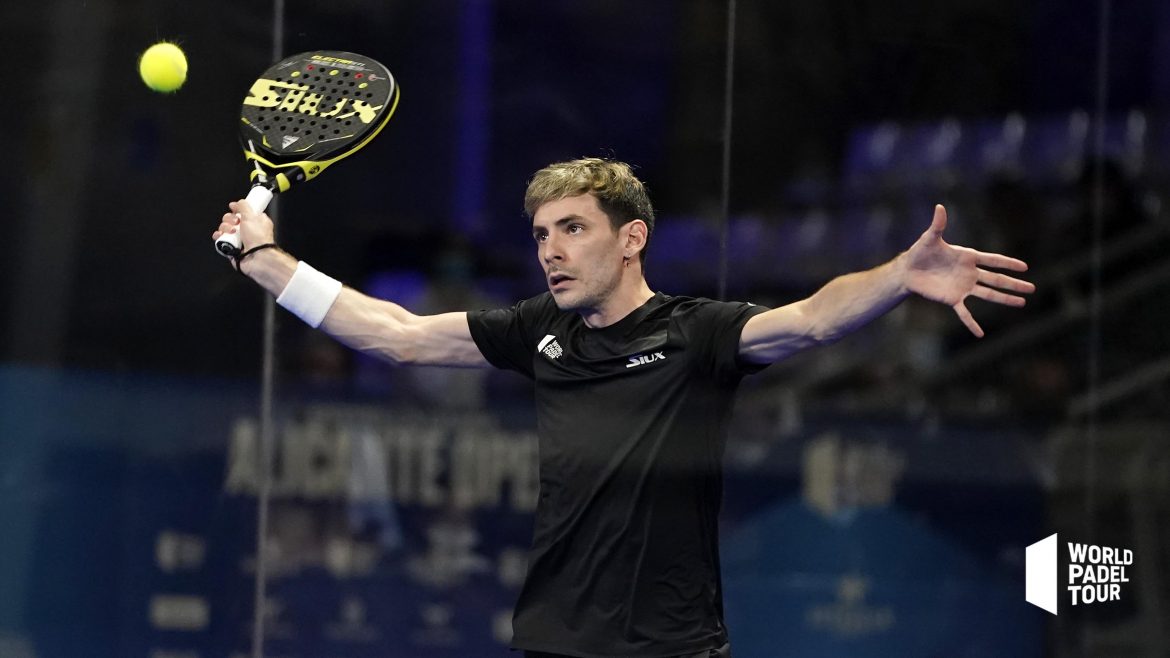