Nasser Al-Khelaifi, the President of the football club Paris Saint-Germain, wants to start a new global circuit in padel. This according to several independent sources Padel Alto has been in contact with. This means that another actor is involved in the war for the world's best players.

World Padel Tour, Players Padel Tour, APT Padel Tour. Padel Alto has previously reported extensively on the war currently going on to have the best padel tour of the future.

Now another actor is entering the war. And it's' not just anyone: the Qatari businessman and President of the football club Paris Saint-Germain, Nasser-Al Khelaifi. According to several sources to Padel Alto, Al Khelaifi held a meeting with some players during the World Cup in Qatar.

— He intends to create a new tour with more money in it. But nothing is clear, a source with good insight says to Padel Alto.

”Nasser and the lawyer of the association is talking.”

Nasser Al-Khelaifi is the chairman of the Bein Media Group and the investment company Qatar Sports Investments.

Nasser Al-Khelaifi has previously been criticized for holding multiple roles in European football. As well as leading one of Europe's biggest clubs, Paris Saint-Germain, he sits on the Executive Committee of UEFA and and the European Club Association.

It is unclear when this tour will be ready to start or what it will be called. Recently, the men's players of the World Padel Tour started the Padel Players Association. A kind of union to look after the interests of the players.

— Nasser and the lawyer of the association is talking about how they can work together, says the same source

Lisandro Borges, the CEO of the Players Padel Tour who is very much involved in the war for players with his newly launched circuit, also gathered the players during the Buenos Aires Padel Masters and presented his plans for the new tour, which he plans to launch in 2024.

— We are offering 50 percent of the ownership to the players and 50 percent for us, Lisandro Borges says in an interview with Padel Alto.

The players on the World Padel Tour that Padel Alto has been in contact with regarding the presentation of the Players Padel Tour have appreciated the set-up.

The players' contracts with the World Padel Tour will expire after the 2023 season. Before then, players will decide which circuit they will belong to in the future.

Read the background on the conflict between Fabrice Pastor and the World Padel Tour in this document.

TV: Watch the interview with Lisandro Borges, the CEO of the Players Padel Tour here. 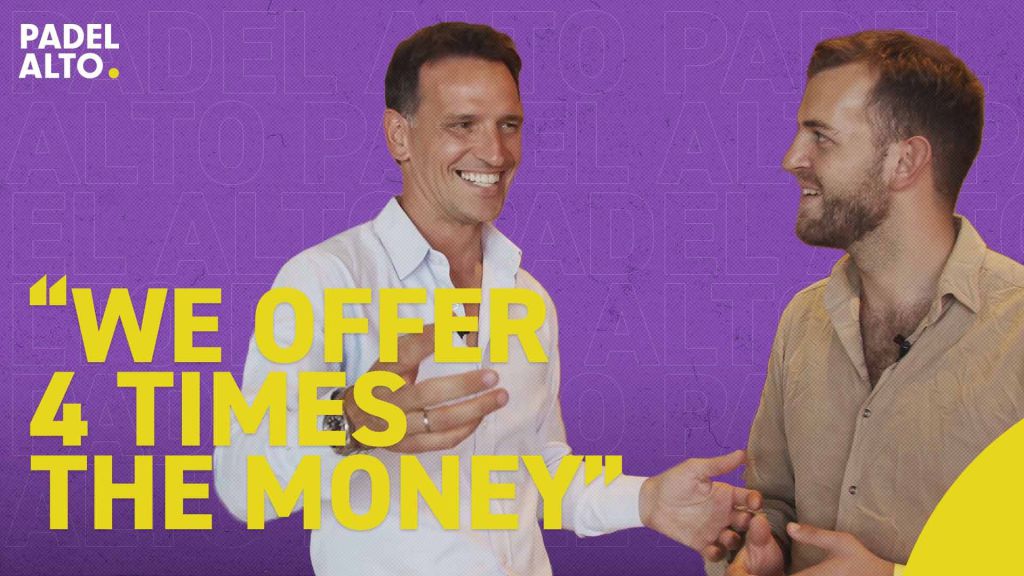 next article TV: Lisandro Borges about the Players Padel Tour: ”The players needs to be owners”
Latest news