He tried to take over the padel world already in 2018 — that time with the International Padel Tour. Fabrice Pastor then lost the war against World Padel Tour, and the Monegasque businessman withdrew from padel.
Now he's back with the APT Padel Tour, aiming for it to become the world's leading padel tour. Who will win the war of the players this time?

The World Padel Tour was in the middle of its season in 2018 as rumors spread about a brand new tour created by the businessman Fabrice Pastor. This was not news to the players on the World Padel Tour, though. Players like Paquito Navarro, Uri Botello, Javi Ruiz, and Juan Lebron went public on their social media to support the new tour that was called International Padel Tour.

But there was a lot of mystery and questions surrounding the new tour. What would it mean? When would it start? Could it be the end of the World Padel Tour?

But the two biggest questions of them all were: Who was this Fabrice Pastor? And would there be room for two international worldwide padel tours? The answer to the last question would very quickly be no.

Let's go back to 2013 to understand the origins of this conflict between the World Padel Tour and Fabrice Pastor. Monaco's businessman and padel enthusiast then set up Monte Carlo International Sports to help the game grow. Two years later, he created what he called the Fabrice Pastor Cup.

The first edition was held in Buenos Aires in Argentina, and in the following years, it was spread to Chile, Brazil, Paraguay, and Uruguay. According to Fabrice Pastor, the tournament aimed to help talented players in South America reach Europe to become world-class players on the World Padel Tour. 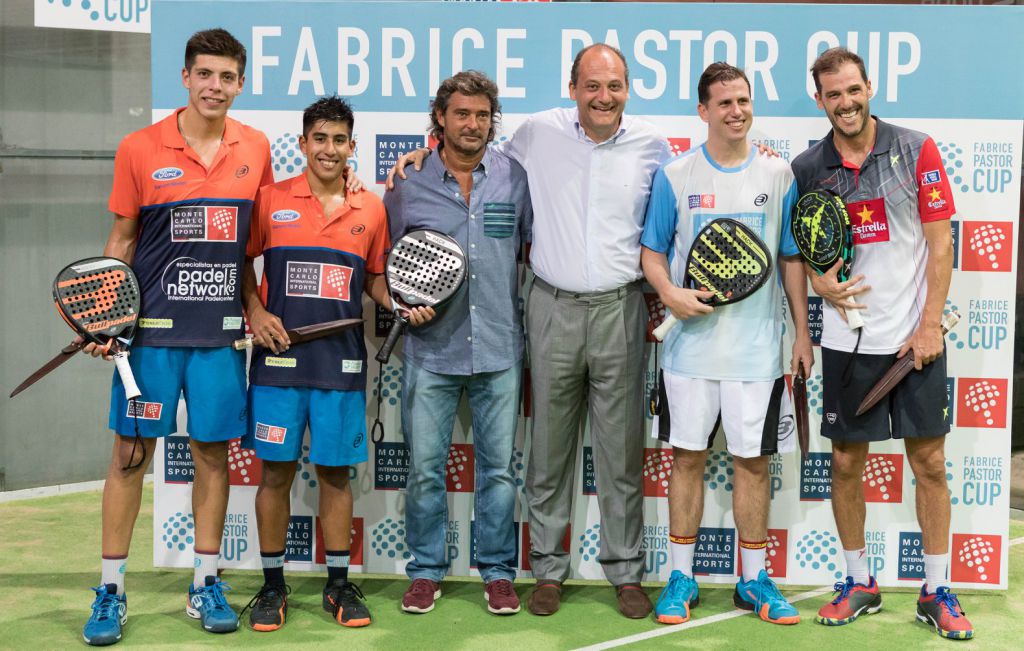 Players who participated in the Fabrice Pastor Cup are well recognized today. Franco Stupaczuk, Federico Chingotto, Juan Tello, Martin Di Nenno are just some well-known names who competed in Argentine, including Lucas Campagnolo, Lucas Bergamini in Brazil, and Javier Valdes in Chile. One of this year's big successes on the World Padel Tour, Argentina's Virginia Riera, was present on the women's side.

After a few years, Fabrice Pastor had picked up the pace and wanted to go further worldwide with his project. The next stop was Europe. The organizing company, Monte Carlo International Sports, announced that the tournament experience would hold its first editions in France and Portugal.

We are now in 2018 when the real conflict with the World Padel Tour begins.

Fabrice Pastor had a ready-made plan to conquer the world of padel and take over Europe. The idea was presented in Valencia. The new tour would improve conditions for professional padel players and the sport itself, which they believed had been hijacked in favor of a few high-ranking people and players. The tour would also be spread worldwide different from what the World Padel Tour has done in the past. The World Padel Tour was centered in Spain and still is today, although lately attempts have been made to expand.

The new global tour would be called the International Padel Tour.

”Fabrice Pastor has decided to keep his word.”

This is now when the rumors start to spread among thousands of padel fans around the world. And players were going public on their social media channels, taking a stand for either Fabrice Pastors International Padel Tour or the existing World Padel Tour.

It was easy to see who was supporting Fabrice Pastor and Monte Carlo International Sports and supporting the World Padel Tour and its owners, the family behind the Spanish Estrella Damm beer brand.

A simple look at the match shirts revealed where the players stood in the conflict. On the one hand it is well known that Monte Carlo International Sports sponsored top players such as Paquito Navarro, Ale Galán, Lucho Capra, Juan Cruz Belluati, Juan Lebrón, Fede Chingotto, Juan Tello, among others.

Now the leadership of the World Padel Tour felt threatened for real and acted quickly. Players like Sanyo Gutiérrez, Maxi Sánchez, Matí Díaz, Juan Martín Díaz, Franco Stupaczuk were all wearing the Estrella logotype, signed a new contract with the World Padel Tour and also supported the tour on their social media.

Then followed a period of silence from Fabrice Pastor. Until 90 days later, when Monte Carlo Sports International issued an official press release announcing the end of the project.

”After disappointments, betrayals, and lies, Fabrice Pastor has decided to keep his word. He always said he would stay in padel "until the players kick me out," and that day has come,” the press release says.

Fabrice Pastor withdrew all the money he had spent on padel and left his sponsored players on the World Padel Tour, including Paquito Navarro and Alejandro Galan.

Would Fabrice Pastor give up the padel for good now? 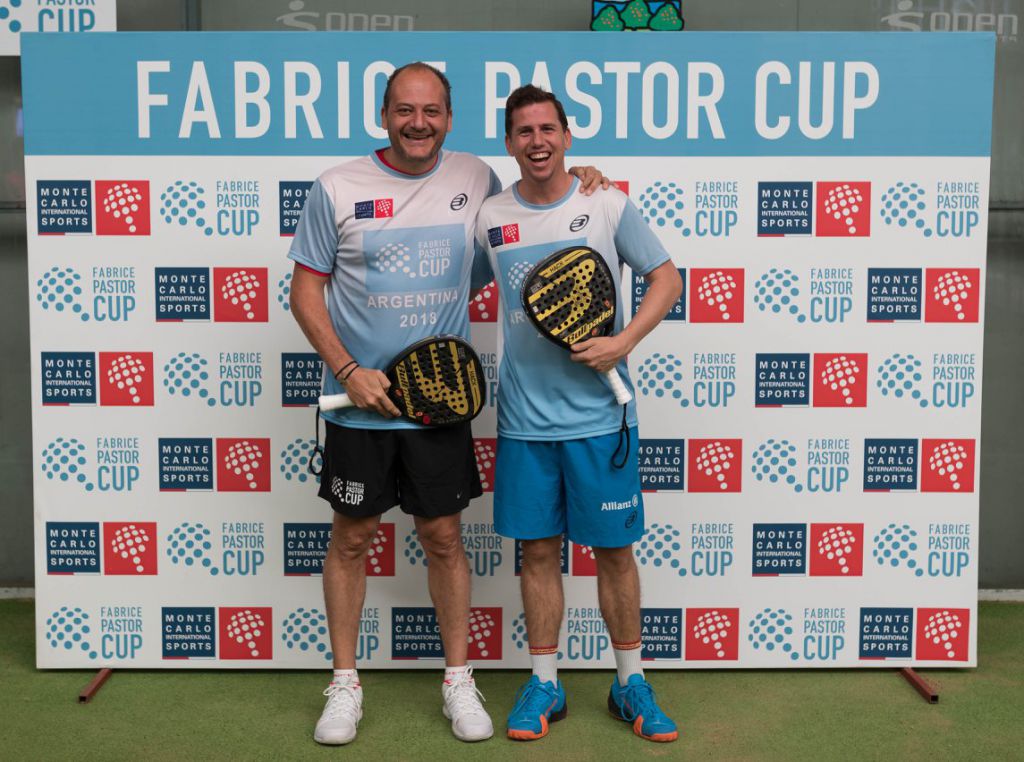 It took about a year. Then Fabrice Pastor was back, this time somewhat surprisingly, at the EuroAmerica Cup 2019 in Portugal. The predecessor had the same concept but a much weaker starting line-up than the America VS Europe tournament held in Sweden the past weekend.

What was he doing here?

The newly launched tournament was organized by the equally new international federation FEPA. At that time and still today, FEPA is in open conflict with the older federation FIP, which has never recognized FEPA as an organization.

Padel fans saw his presence in Portugal as a sign that he supported the new federation FEPA before FIP that has a close relationship with World Padel Tour. Something that would later prove to be true.

What would he do now? It was clear that he had not left padel.

In December 2020, a huge bomb was dropped. The news of another tour came as a shock to many followers in padel — this time with APT Padel Tour.

And who was behind the new tournament this time? Fabrice Pastor. The man who two years earlier had created chaos on the world padel scene.

With a calmer appearance than in 2018, the APT Padel Tour would organize competitions through partnerships with national federations in South America. But Fabrice Pastor had not given up on the idea of Europe. Immediately the APT Padel Tour started a partnership with FEPA. The federation that organized the EuroAmerica Cup in 2019.

He was joined by the Swedish former professional tennis player Thomas Johansson, a good friend whom Pastor knew from Monaco. Johansson was appointed the General Manager of the tour.

The APT Padel Tour got off to a rough start because of the pandemic. Yet, it has organized tournaments in America in countries like Paraguay, Mexico, and Brazil. But also in European countries such as Sweden, Portugal, Belgium. Soon the tour will come to Fabrice Pastor's Monaco and World Padel Tour's Spain when the first APT Padel Tour is organized in Seville, Paquito Navarro's hometown. The world star who in 2018 openly supported the then-thought of the International Padel Tour.

”Now an Open category is 35 000 euro. It will go up to almost 100 000 by 2022. The sport is growing, but especially our tour is growing. We have more players and nationalities coming to play for us, so I am very proud of my team and partners”, said Thomas Johansson in the video. 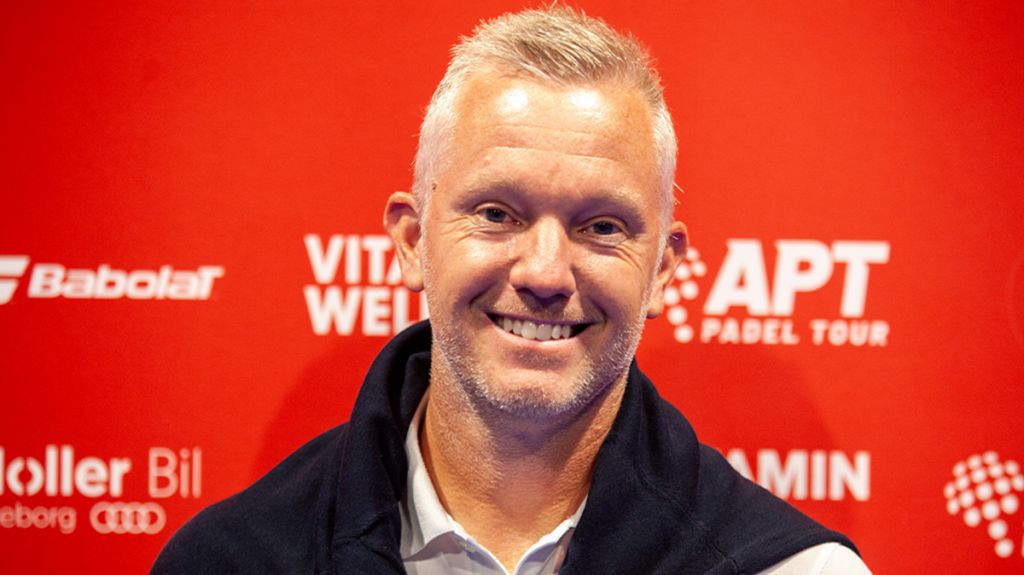 This time World Padel Tour has been quiet about APT Padel Tour's entry into Europe. In January this year, their International Development Manager, Hernan Auguste, refused to comment on the new tour on the Swedish padel site PadelDirekt.

That remains to be seen.

The article is about:
International Padel
Fabrice Pastor 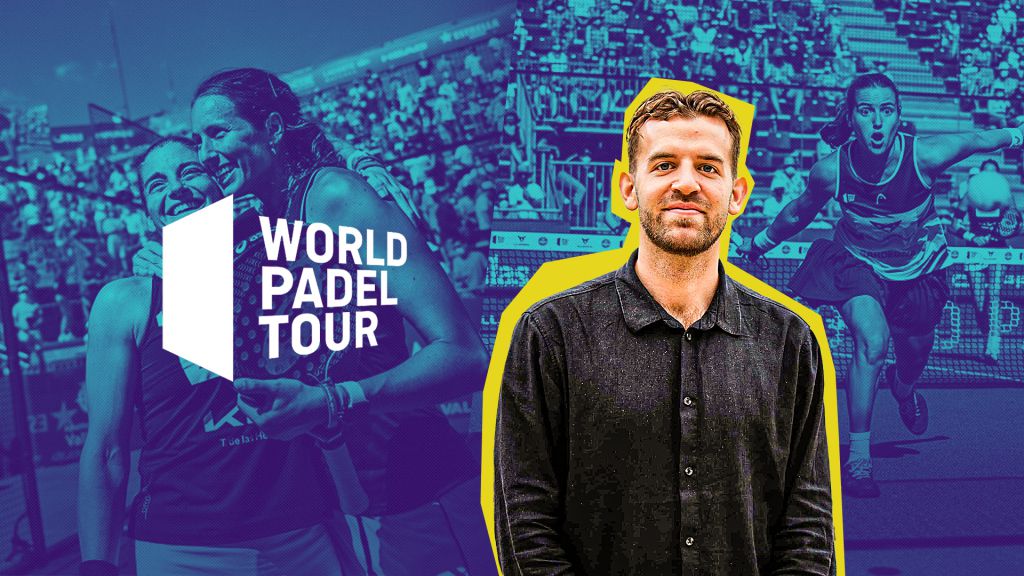