Sanyo confirms to Padel Alto: ”We will continue next year”

In an interview with Agustin Tapia, he denies reports circulating since the summer that he and Martin Di Nenno will be a pair next season. Now, his current partner Sanyo Gutiérrez confirms to Padel Alto that he and Tapia will continue to pair up next season.
— We get along very well, Sanyo says to Padel Alto.

In the context of this summer's big switch among partners, information came out that Agustin Tapia and Martin Di Nenno had already agreed to play together next season.

In a lengthy interview with Padel Alto, Agustin Tapia denied the information.

— The truth is that Martin is a great player. But, Sanyo and I have been talking about continuing next year. That's just rumors with Martin, Sanyo, and I will continue, said the star in the exclusive interview with Padel Alto.

Now Sanyo Gutiérrez also confirms to Padel Alto that the collaboration with Agustin Tapia will continue over the following season.

— Yes, we will continue next year. We are happy together and looking forward. We get along very well both on and off the court, Sanyo Gutiérrez says to Padel Alto.

The pair won their first competition together already in their second effort together, at the Malmo Open in Sweden. After that, they were in the final at home in Argentina. Where Martin Di Nenno and Paquito Navarro won.

The year's last tournament is coming up— the most prestigious of the year, the Masters Final in Madrid. The pair go in as one of the favorites along with Juan Lebron / Alejandro Galan and Martin Di Nenno / Paquito Navarro. 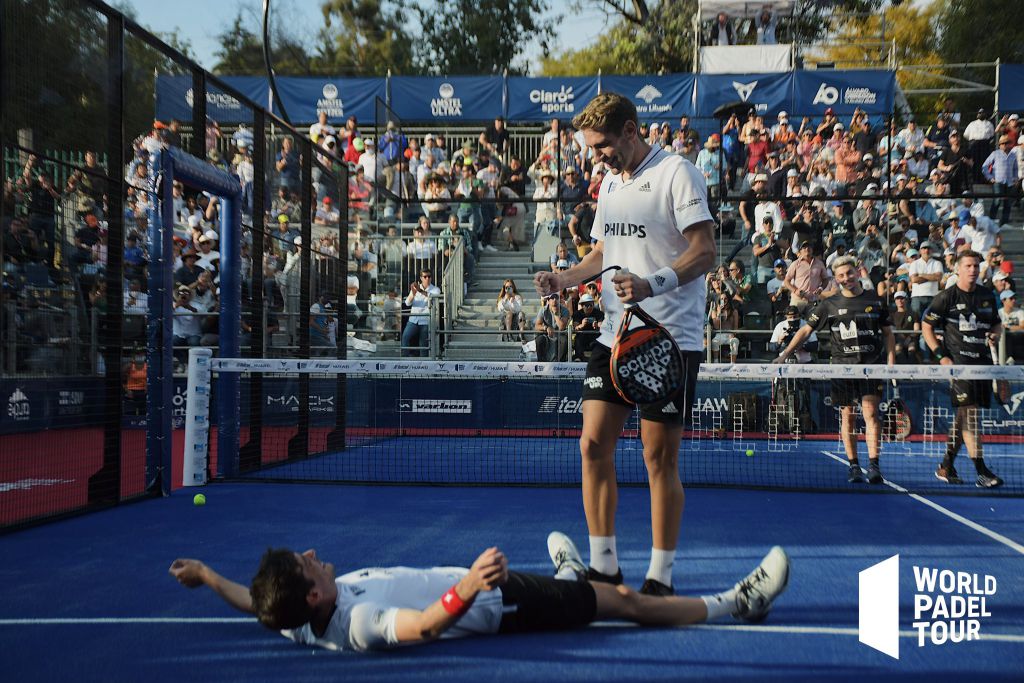