After the rumor with Di Nenno — Tapia to Padel Alto: ”Sanyo and I will continue”

The 2021 season will soon be over. That means rumors of partner changes are spreading among World Padel Tour followers. One of them has been known since Agustin Tapia and Sanyo Gutierrez paired up earlier this season: Tapia and Martin Di Nenno have made it clear to play together next season.
— That's just rumors, Agustin Tapia says in an exclusive interview with Padel Alto.

The rejected Sanyo Gutierrez then contacted Agustin Tapia, who quickly announced his break-up with Brazilian Pablo Lima. A new partnership that Padel Alto was first to reveal.

— We were a pair that didn't meet what we expected and what we wanted well enough. For my part, I wanted to enjoy playing padel. I hope we will finish the season a little bit better, Agustin Tapia says in an interview with Padel Alto during the Malmo Padel Open in Sweden.

”Martin is a great player.”

At the same time as Agustin Tapia and Sanyo Gutierrez declared their partnership earlier this season, there were rumors that Tapia and Martin Di Nenno had already talked about playing together in the 2022 season.

— The truth is that Martin is a great player. But, Sanyo and I have been talking about continuing next year. That´s just rumors with Martin, Sanyo and I will continue, he says.

Lately, Martin Di Nenno has found the perfect match with his partner Paquito Navarro. Going to eight straight finals, they are closing in on Alejandro Galan and Juan Lebron in the Race of 2021 and as the number one's in the world.

Agustin Tapia and Sanyo Gutierrez have also found their form quickly as a pair and won their first title together in Sweden. Earlier in the year, Agustin Tapia won two tournaments in a row, the Las Rozas Open and the Malaga Open.

— With Lima, we won two tournaments, where we played very well. But separated after some poorer performances. Sanyo is a fantastic partner to have by my side, and we will finish this season in the best way possible, Tapia says.

Belasteguin as a role model

Agustin Tapia and Sanyo Gutierrez continued their good form together on home soil. At home in Argentina, they went to the final where Martin Di Nenno and Paquito Navarro defeated them after Agustin Tapia had a problem with a shoulder at the beginning of the match.

In the tournament now underway in Mexico, they were eliminated already in the first match.

— We practice day by day. We need to get more hours on the court together.

Agustin Tapia has struggled to find the right partner, but now he may have found the right one. Last year, he played with "El Rey," Fernando Belasteguin. A player who has meant a lot to Agustin Tapia's career.

— My parents have meant a lot for my career. But role models as a player are players I watched as a kid. Like Bela with Juan-Martin Diaz and Pablo Lima. For me, Bela has always been a great role model.

Fernando Belasteguin has had a more challenging time finding form with his new partner, the young and promising talent Arturo Coello. Indeed, they beat Agustin Tapia and Sanyo Gutierrez in their first match.

In Sweden, however, it was Tapia and Gutierrez who emerged victorious in a tough quarter-final in three sets.

— Last year we were partners, now we are rivals. It's always hard to face Bela, Agustin Tapia says.

Partners last year, now rivals. Is it a strange feeling?

— At the end of the day in padel, you can change partners every year. It's strange, but of course, you always want to win against a rival.

Want's to defend the title in Madrid.

Now there is only one tournament left for the year. The most prestigious of the year, the Masters Final in Madrid. A title that Agustin Tapia and Fernando Belasteguin won last year.

Agustin Tapia and Sanyo Gutierrez are in the running to win the title along with Paquito Navarro / Martin Di Nenno and Juan Lebron / Alejandro Galan.

— It's a lot of traveling. Then we finish it all in Madrid. Last year we were lucky enough to win the title. The goal is, of course, to defend the title this year. 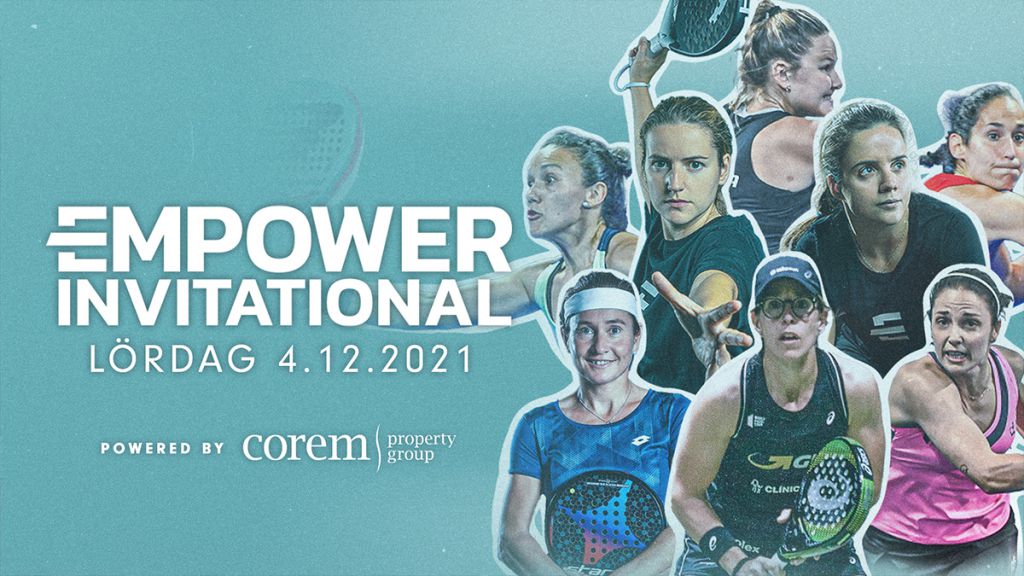