Lucia Sainz to Padel Alto: ”The most crucial moment in the history of padel, especially women's padel”

37-year-old Lucia Sainz from Barcelona is not only topical on the court, but she is also the first president of the newly founded women's player's association IPPA. In an exclusive interview, one of the most influential padel player in history tells us about her tough start to the season, her commitment to a new brand, and the role as the highest representative of women's padel.
— It is an important position in the most crucial moment of padel.

Lucia Sainz, who, together with Gemma Triay, was the world's best pair during the 2020 season, has not had the best start to the season. Much due to her and partner Marta Marrero's injuries.

— The truth is that it has been a very tough start. At the end of the season, I decided to do a very controlled pre-season to get rid of the foot injury that I had been carrying since 2019. Two weeks before Miami, I started with padel training, and just the week before Miami, Marta gets injured, Sainz tells Padel Alto.

Marta Marrero's injury stopped the couple number 5 in the ranking, from participating in Miami's first Open of the World Padel Tour circuit of the 2022 season.

— It was very tough, and it has affected us a lot. We are now trying to get rhythm and confidence based on tournaments.

In the last World Padel Tour Open in Brussels and the Alicante Open, the couple managed to reach the semifinals - their best result of the season - where they were eliminated by the number one pair of Gemma Triay and Alejandra Salazar twice.

Their goal for the second part of the year is to get back to their highest level.

— First, we want to recover our level both individually and as a couple. We know that the goals we set for ourselves will be closer in this way.

At the beginning of the season, Lucia Sainz joined Kuikma's new project in professional sports. The Decathlon brand has decided to bet strongly on padel, and both Maxi Sanchez and Lucia Sainz are their flagship players.

— The project seduced me from the first moment since the first feeling with Fred (Director of Kuikma) and his team was great. We had an excellent connection, and for me, that is vital. That a multinational company like Decathlon is behind it was another reason. It has a very powerful R & D (research and development) behind it, knowing that they want to work to improve the rackets, shoes, and all the materials. And that they were willing to listen to me was the key.

”The most crucial moment in the history of women's padel”

In February this year, the players' association, IPPA, was created. According to its motto, ”Together, Stronger,” the IPPA aims to unite female professional players with a common goal; Lucia Sainz was elected as the first president in the association's history.

— The association's creation is important because it means that we are all going together as one, and I think it is more beneficial for the collective. I was elected president by the players, and it is an important position in perhaps the most crucial moment in the history of padel, especially women's padel. I try to do my best. I´m looking for the benefit of the collective.

The "most crucial moment of padel," as defined by Lucia Sainz herself, brought as news the equality of prize money between males and females on the WPT circuit. News that the president of IPPA and all the players received in a great way.

— It is a super important fact that we have been fighting for a long time. In fact, we were fighting to cut the gap between women and men. After all, we considered that we deserved more because we have the same expenses and make the same effort and things at the training level.

— This rise will allow many female players to dedicate themselves at full level or be a little more seriously and not be given a thousand hours of classes to afford to train or travel.

"Padel has not reached its peak".

P.A: Padel is becoming a phenomenon, both nationally and internationally. What is your vision of this exponential growth?

— Padel is in constant growth and has not reached its peak. That it continues to grow outside Spain is the key and very important for the sport's infrastructure. To grow fast and well in all countries at amateur, junior and professional levels.

The padel revolution brought changes, such as creating players' associations. But also the creation of a new circuit: The Premier Padel.

The new men's circuit, endorsed by FIP, QSI, and the players' association (PPA), has started its season without the women's. In an interview with Padel Alto, the president of FIP, Luigi Carraro, commented that they are in constant contact with the players with the intention to add them to Premier Padel.

The IPPA has not yet taken an official position on the matter, and Sainz, as president, has preferred not to make a statement on the subject.

— We are trying to keep everything fairly discreet, she says. 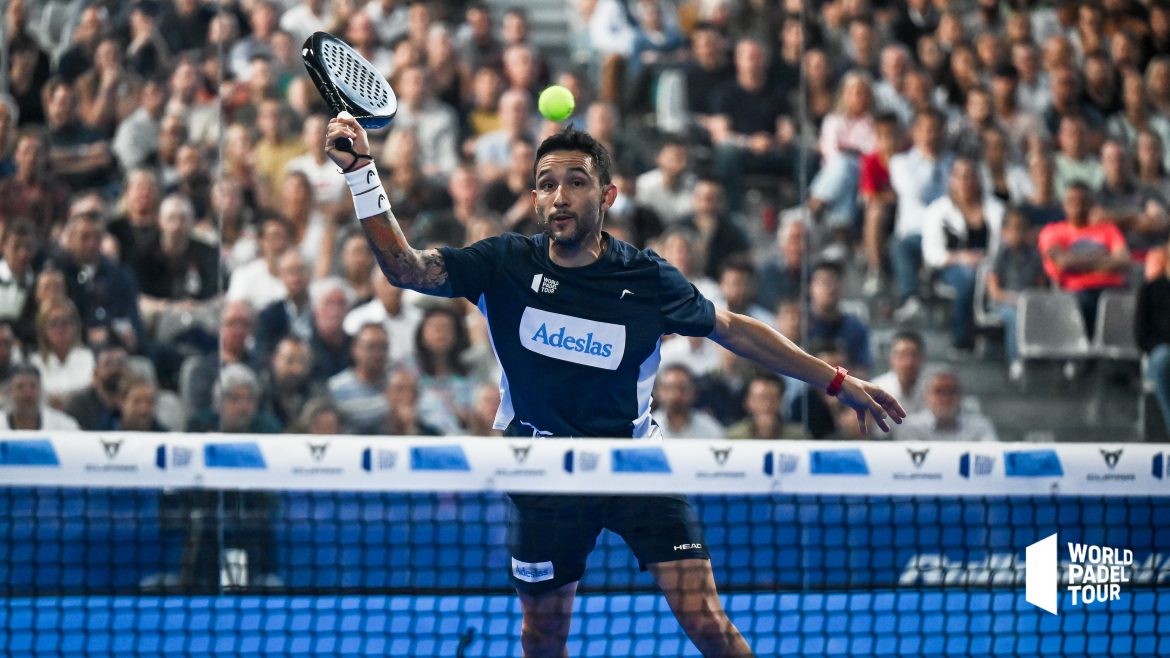