Navarro and Di Nenno turn match around to reach finals

In a great match, Paquito Navarro and Martin Di Nenno managed to turn the score around to beat Belasteguin and Coello in the semifinals of the Swedish Padel Open by 2/6 6/4 7/5. Tomorrow they will face Lebron and Galan in the finals, while the women's final will be contested by the two best pairings on tour: Triay/Salazar vs Sanchez/Josemaria.

In the last match of the day, Navarro and Di Nenno faced Belasteguin and Coello in the semifinals of the WPT Swedish Open. The match started better for the number three pairing, who broke early on to take a 2-0 lead. But Belasteguin and Coello's reaction wasn't long in coming and after a nine games to nil partial, they took a 6/2 3/0 lead. When all seemed lost, Navarro and Di Nenno managed to bring out their best game, to turn their luck and the score around, finally taking the match by 2/6 6/4 and 7/5.

In this way the Sevillian and the Argentinean beat Belasteguin and Coello for the first time. Tomorrow they will face in the final the number ones, Galan and Lebron, who in the morning session defeated Garrido and Campagnolo with forcefulness, by 6/3 and 6/2.

The women's final will pit the first and second pairings of the tour against each other: Alejandra Salazar and Gemma Triay versus Ariana Sanchez and Paula Josemaria. 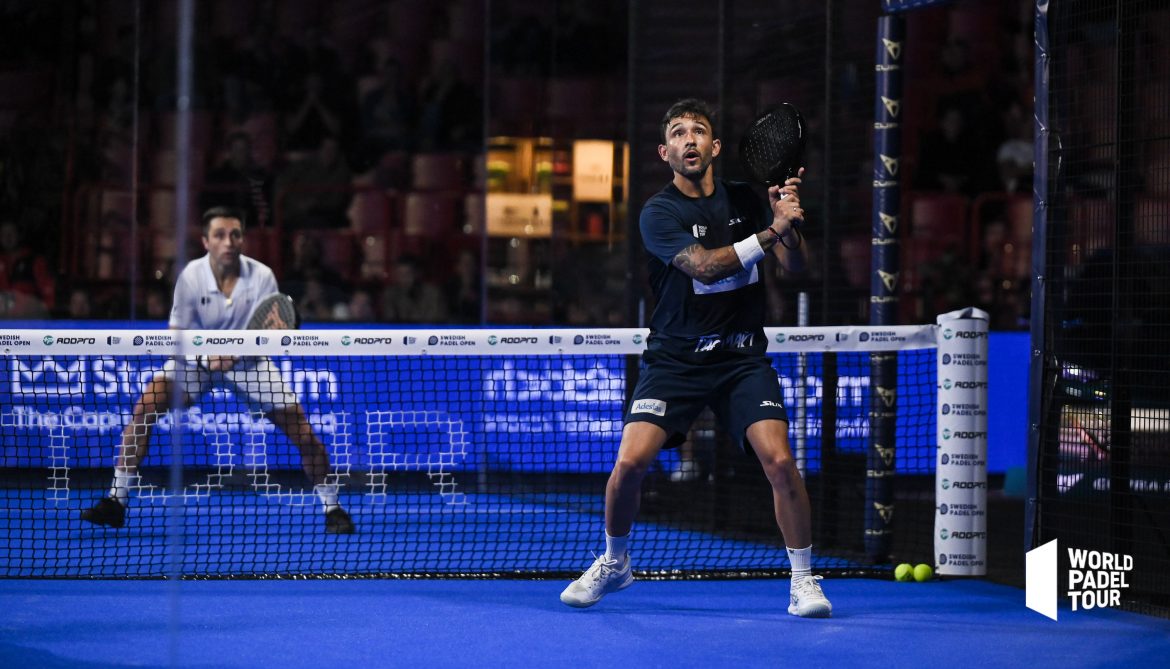