Argentinian Franco Stupaczuk had no easy task on the day. The duel featured a 43-year-old Fernando Belasteguin, reborn for the week, with the crowd at his back. But Stupa and Lima took their biggest title together after 10-8 in the deciding tiebreak.

It was set up for an Argentinian party. Either the country's greatest padel player of all time, a 43-year-old reborn for this week, Fernando Belasteguin, would win. Or the younger, the man who will take over the throne, Franco Stupaczuk, would win.

It ended with a match that would never end in front of a packed Aconcagua Arena stadium in Mendoza.

Franco Stupaczuk and Pablo Lima won the first set easily. They cleaned it up 6-2. But this was not a night that Fernando Belasteguin was ready to give up.

The 43-year-old legend played a brand of padel that we haven't seen for many years. He and Arturo Coello played their way to a 6-4 win in the second set.

In the deciding set, "Stupa" and Lima had the upper hand. But when it came time to serve the set home, Bela and Coello broke. The match was decided in a tiebreak where it was difficult to distinguish the teams. After several match points for each team, Stupaczuk and Lima were able to win 10-8.

Both the Argentine and the Brazilian Lima were moved to tears in front of the crowd's post-match singing in what was the pair's most important win ever together. 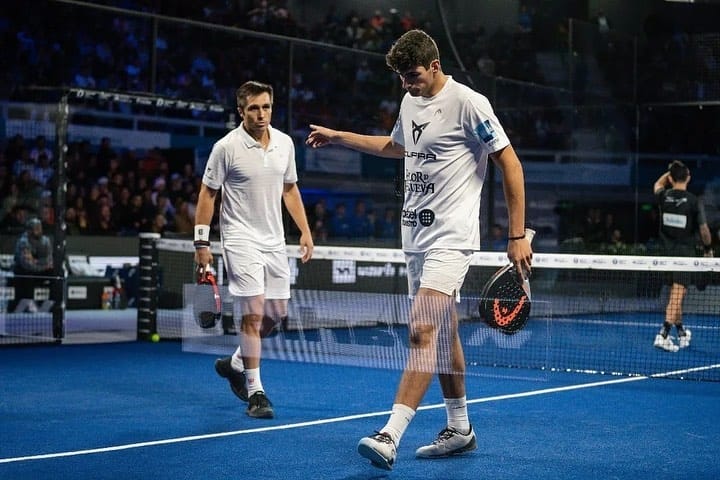