Tapia celebrated his birthday with another WPT title

On his 23rd birthday, Agustin Tapia with Sanyo Gutierrez won their second straight World Padel Tour title and fifth of the year.
7-6, 6-4, was the final score against Pablo Lima/Franco Stupazcuk.

— I have no words for this. It's fantastic to win here again. I feel at home here and I really wanted to win. We played a good game, now we'll rest a bit and then we'll be back in training and this pair want more," said a moved Tapia.

Sanyo Gutierrez took his son Bruno down to the court after the match and gave him Tapia's racket:

– I gave him the racket because Tapia still has many years left in his career, I don't, he said with a smile on his face and continued:

— Thanks to everyone. I have the nickname of the magician but I don't share that image. I'm more of a strategist and impulsive player. We get some of that tactic out here but I think my partner has a lot more magic and talent in him. Playing with someone like him, then it's just for me to get over the ball. In this tournament we found the recipe and I hope we can continue with that.

The title, the fifth in five finals for Tapia/Sanyo, means they are now closing in on Ale Galan/Juan Lebron in the annual rankings. The title gives them 1,000 points and they now have 7,900 points to Galan and Lebron's 8,740.

Next tournament is the Premier Padel Madrid. It is the debut for Tapia and Sanyo on the new circuit. 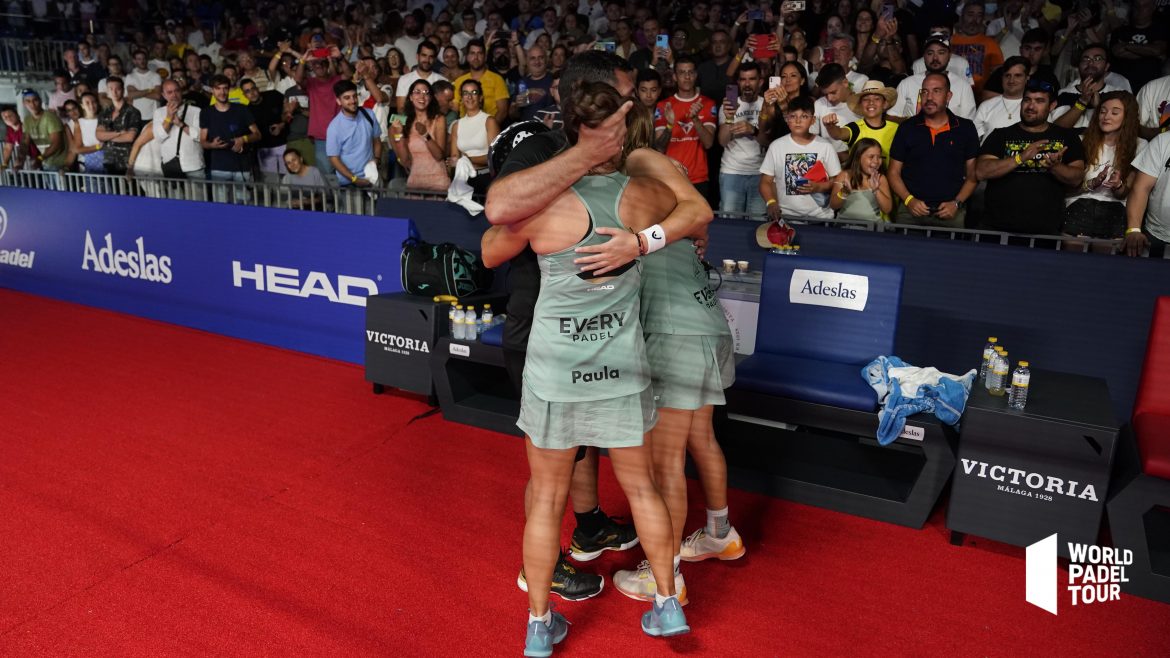 next article Sanchez and Josemaria crowned in Malaga
Latest news