After 15 years in the elite — Uri Botello announces his retirement

Spanish player Uri Botello has announced his retirement from professional padel after a year of many injuries.

The 33-year-old Spanish player, Uri Botello, has announced his retirement as a professional padel player today. Botello played professionally for over 15 years and reached the top ten in the world ranking. His track record includes being runner-up in the 2018 World Cup and European champion in 2019 and 2021 with the Spanish national team, as well as two WPT Challenger titles and reaching three WPT Open finals.

After more than a year of physical problems and repeated injuries, the forehand player has decided to say goodbye as an elite sportsman.

"Since 2003, when I first saw a professional tournament in Melilla, I knew that my dream was to be a professional padel player like Juan Martín Diaz, Belasteguín, Cristian Gutiérrez, Gaby Reca, Seba Nerone, Maxi Grabiel, Mati Diaz... and a long etcetera of players that for me have been, are and will be legends of this sport.  Players that I looked up to and still look up to today.

When I left home and landed in Madrid in 2006, I knew that I had to give everything if I wanted to reach that level. Today, almost 16 years later, I can say that I achieved my goal. With a lot of hard work, suffering, pains, and many joys, I managed to be among the best couples in the world and even in the world's top ten (although it was only a few weeks, hahaha).

Today it's time to close this stage. After much consideration, I have decided to end my career as a professional padel player. It has been a very meditated decision. I always said that I didn't want to drag myself around the court and show a bad image and that when I didn't feel competitive, I would take a step back. Being on a competitive and demanding circuit like the World Padel Tour forces you to push yourself to the maximum. Due to this high level and the injuries I've been battling for the last year and a half, I've been forced to speed up this decision.

I want to thank all my teammates who have put up with me, both at my side and in front of me. If I have been lucky enough to reach such a high level, it has undoubtedly been because of what you have demanded of me. I can't forget all the coaches and professionals I have been close to: Christian, Jorge, Juanjo, Mariano, Marcos Gómez Laborda, Pepelu, Charly Rivera, Alex Roca, Aitor, Jaime, Cristina Lorenzo, Óscar Lorenzo, Fidalpy, Blanca Bernal, Silvia and all the Mobility family, Dr. Manuel Leyes and his team... I hope I haven't forgotten any of them. Without a doubt, I have been privileged. And, of course, Raul Arias is more than a coach, a trainer, a mentor, and a FRIEND. He always knew how to put me on the right track. When things were going well, he was there, but above all, when things were going badly, he was always on top of me and always cheering me on.

Thanks to my family and of course I start with my parents. A billion thanks for your financial support to pay for my early sporting and academic career and for always being there for me. My brother and my cousins are those who always support me with their messages when I lose or win. And finally, the most important person that life, and also this sport, put in my way, my wife. We've had such good times that just at such a bad time, you gave me what we never imagined, a son. You have always been there, on the side, in silence, and putting up with my bad mood when I feel frustrated because things don't work out. Always bringing a smile or a hug when I needed it the most. I hope I can give you back a little bit of everything you have supported me over the years. I hope that so much suffering to put up with me has been worth it.

Thanks to my sponsors. Undoubtedly an essential part of any athlete. Thanks for always being there: Bullpadel, Padel Nuestro, Kia, Kia Takai Motor, Melilla Sport Capitan, WPA...

Thank you, World Padel Tour, for making padel grow so much. Nobody would have imagined ten years ago where we would be now. It's partly thanks to you.

If I'm honest, I'm not sad at all. I'm very proud of my career and the results I've achieved. I have acquired a background and knowledge that I could never have imagined.

As I said before, I'm starting a new stage. Of course, I am linked to padel. One in which I hope to continue contributing my bit to this sport that has given me so much. I hope to continue training as a coach and keep learning about this beautiful sport.

The article is about:
International Padel
Uri Botello
Padel News 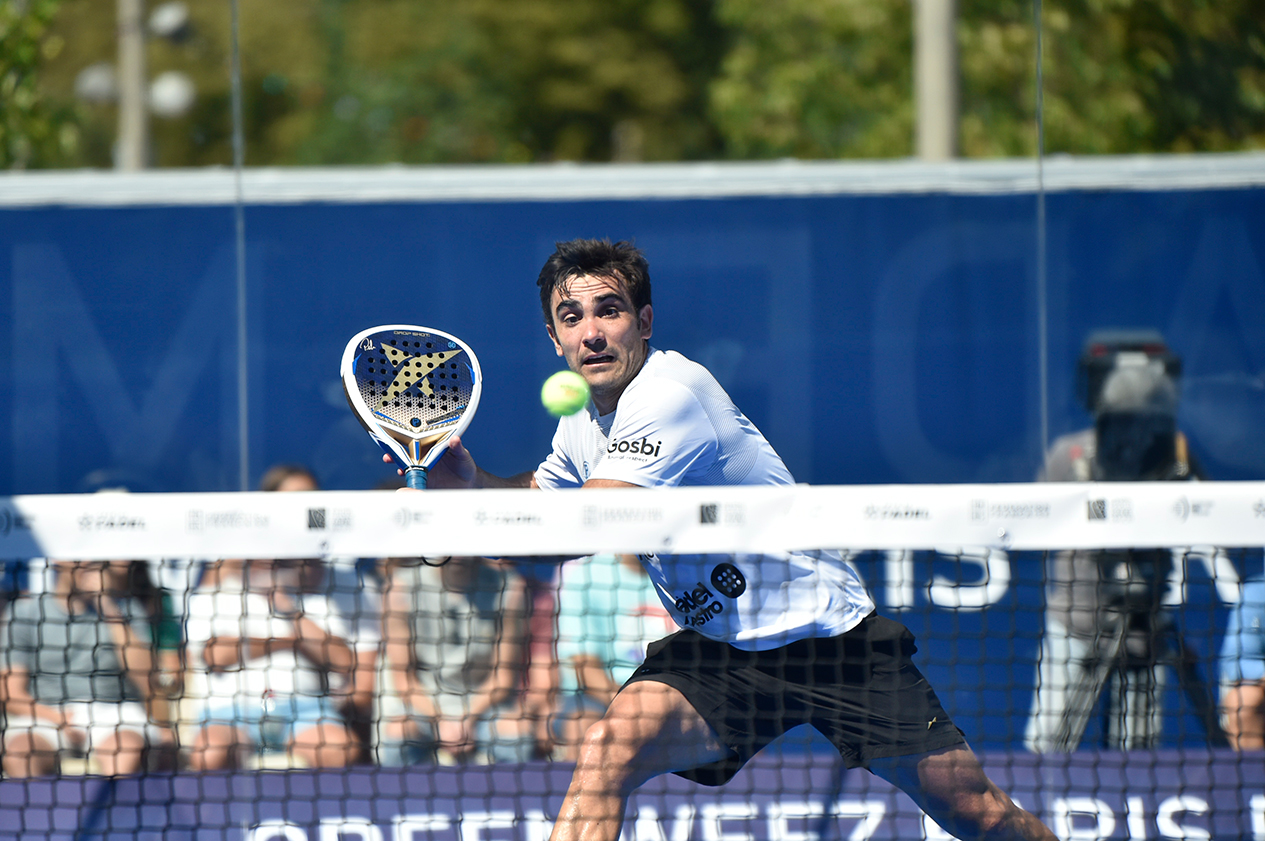