Mendez after his first Premier competition: ”From the first moment Nox has given me freedom”

PARIS. No Agustin Tapia or Miguel Lamperti participate. But the third-best ranked Nox player, Rafa Mendez, has now made his Premier Padel debut. In an interview with Padel Alto, he talks about his sponsor and the relationship with the WPT and Premier Padel.
— From the first moment, they have given me the freedom to play the tournaments I wanted, he says.

Rafa Mendez has made his debut at Premier Padel on the venerable and historical ground of Roland Garros. Along with Salvador Oria, they lost in Wednesday's Round of 32 to Juan Lebron and Alejandro Galan on center court at Roland Garros in two sets.

After the match, a somewhat disappointed Rafa Mendez met Padel Alto for an interview.

— They impose a very high rhythm, the court conditions are difficult for everyone, and playing against Juan and Ale, the best pair is complicated. At the moment, I'm a bit disappointed, but I think that when the feelings of defeat are gone in a while, I'll be able to see the positive side. We must be realistic, they are at a great level, and we have to keep working. It's my debut in the Premier Padel, and it's a dream to be here.

How does it feel to be here at Roland Garros and play?

— Since I was a child, I have idolized Rafa Nadal as an athlete and a person. To see him since I was a kid playing the Roland Garros tournament, and today to be able to play padel on the center court is a dream. Today I was playing, and there were moments when inside, I was saying to myself: ”Look where I am” it was a unique moment. Padel is a phenomenon that is growing every day, and little by little, we will get used to playing in scenarios like these, but being able to play on the center court of Roland Garros imposes a lot.

”Would like to be in Qatar and the Foro Italico”

This was your first Premier Padel competition. Why couldn't you be in Rome and Qatar before?

— My main sponsor is also a sponsor of other competitions (WPT), and, logically, he wants me to be there. From the first moment, they have given me the freedom to play the tournaments I wanted, but before a tournament in which they are the main sponsors, it is normal that they ask me to attend. As soon as I expressed to my brand my intentions to participate in Roland Garros, and seeing that it did not coincide with any other tournament, NOX was happy for me to be here. Without going any further, I have spoken to the CEO of NOX, and he was watching me play and is glad that I am enjoying the tournament. Understandably, if you are a businessman and sponsor a tournament, you want your player to attend that tournament. I would have liked to be in Qatar and at the Foro Italico, but it didn't happen...but now I'm here.

There have been reports that Nox has advised its players not to play Premier Padel or banned you. What is the reality in your case?

— I have not been banned. When you belong to a professional brand, you must understand that you are a partner of the company. As a partner of Nox, I give my opinion, and they give theirs, and you have to reach an understanding. On their part, there has not been a ban, but being a sponsor of some Open and Challenger (of WPT), it is logical that they want me to attend the tournaments they sponsor.

— In addition, photo sessions were made for posters at the beginning of the year. They (NOX) told me that many of those photos would be in the tournaments of other modalities (Challenger) to give me publicity as a player, and I am the first interested in that happening.

Neither Agustin Tapia nor Miguel Lamperti, the top-ranked Nox players, are here to play. What do you think about that situation?

— I won't go into that... I will speak for myself and only give my personal opinion. If my brand colleagues will play or not in a Premier tournament, I think they should be the ones to express themselves about it. They deserve all my respect as work colleagues and as friends. Therefore, they are the ones who should give their opinion.

Will you participate in the next Premier Padel competitions?

Yes, my idea is to be in Madrid as well. In Mendoza, I'm not sure yet. Everyone has to look at the tournaments that best suit their interests. I don't think I'll go to Mendoza, but I'm sure I'll play in Madrid because it's close to home. 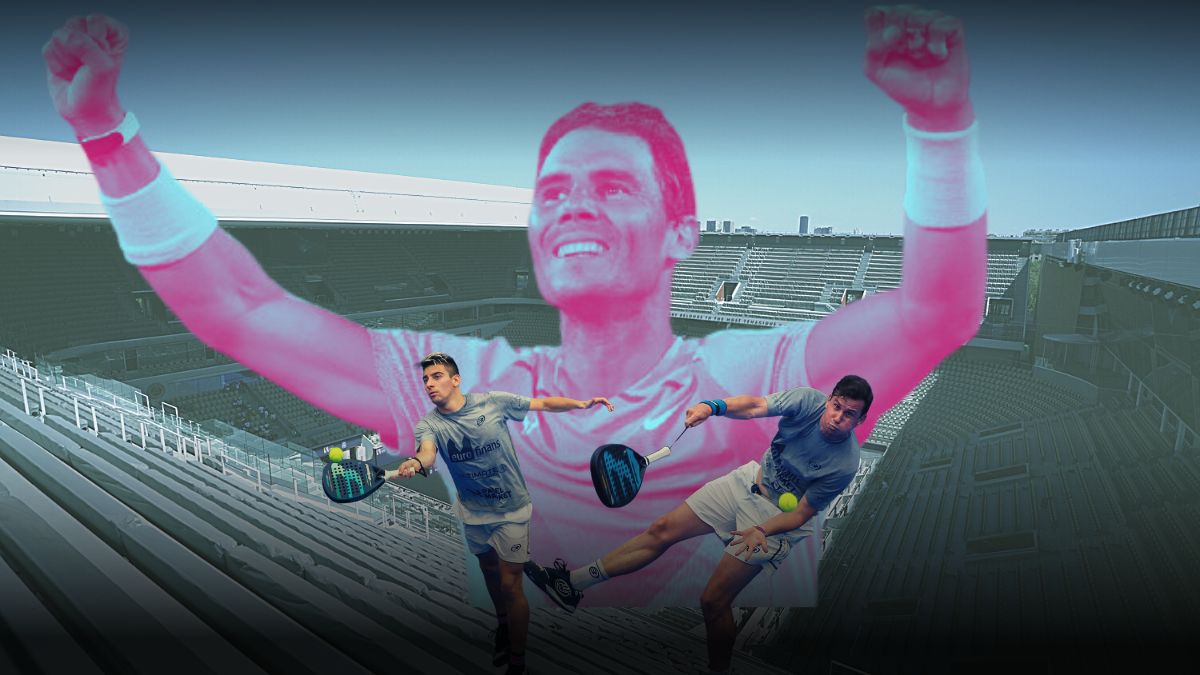 next article Paquito and Di Nenno´s tribute to Nadal at Roland Garros: ”It's impossible what he's done here”
Latest news