He has trained Tapia from the age of 13: ”Remember when Bela called and he didn´t dare to pick up”

Pablo Crosetti is one of the most interesting coaches in the world right now. Agustin Tapia's coach tells Padel Alto how it all started in his childhood town of Rosario with Elias Estrella who tragically died in an accident. And the experience of having coached Agustin Tapia from he was 13 years old until today.
— I remember when Bela called him to play and I had to take care of him because Agustin didn't dare to pick up, says Crosetti.

At 31, Pablo Crosetti is undoubtedly one of the best padel coaches in the world. Among his students are names such as Jessica Castelló, Alix Collombon, Anna Cortiles, Noa Canovas, Denis Perino, and of course, Agustín Tapia.

— Since I was a junior, I've always seen padel differently than as a player, but being a coach from such a young age was never an advantage. I always had to be the most prepared to be taken seriously.

Pablo Crosetti had his academy in Rosario, where he received and trained players from all over Argentina. One of them was the super talented player Elías Estrella, who died in a tragic traffic accident while traveling to an exhibition with Martín Di Nenno.

— I always say that it is thanks to Elías that I am here. I trained Elías since he was ten years old. He was one of the advanced students at the school. First, he trained with us and then surpassed us in one year. For me, he became like my younger brother.

With his academy being on top, the tragic news of Elias Estrella's death at only 20 years of age came.

— His growth was brutal, and the Argentine national team called him up. There were Di Nenno, Stupa, Elías, Chingotto, Tello, this golden generation of Argentinean padel. And he asked Andrés (his partner) and me to be his coaches, to travel with him and accompany him to the tournaments. At that time, I was studying economics at the university, and I didn't have time. I had to make a decision. At 22, I left my studies and dedicated myself entirely to padel.

That was a turning point for Crosetti, who decided to emigrate to Spain to continue his career.

— At the time, I met the owners of Nox. After a few months, they offered me to come to Barcelona in a role as sports director of a club they owned. I said no two or three times because I was in my best professional moment in Argentina. We had the academy working spectacularly, with players like Agustín, Matías Del Moral, and Federico Chiostri. But I felt that I had to close the death of Elías emotionally. So I talked it over with my wife, and I accepted the proposal.

Once settled in Barcelona, Pablo Crosetti began to be the bridge between those kids he trained at the academy and the European padel. That's how he met Agustin Tapia after eight months again during an APT tournament.

— When I came to Barcelona, Agustin stayed at my academy in Argentina. When he won an APT tournament, as the prize, the circuit gave him a journey to Barcelona, I had not trained him for eight months, and it was like a reunion. We organized an exhibition tournament at the club against Lamperti, and everyone went crazy. On that tour, he made it to the WPT in Barcelona. The Nox people saw him there, and they did everything possible for Agustin to come to live in Barcelona.

— I had a free room in my house and talked to his family because he was a minor. Nox offered him a sponsorship, paying all the expenses, and he came to live in my house. The important thing was that he was in a family environment, which was one of the strong points of making life outside his home easier.

P.A: How did your relationship with Agustín Tapia begin?

— We have a long-standing relationship, more than a student-coach relationship. I saw him for the first time in a junior championship in Argentina when he was 12 years old. It was spectacular to see him play. He already stood out and was a super talented player. When he started with us in the academy, he made enormous efforts to come to train. He traveled 1400 km alone by bus when he was 13 years old and then spent two months away from home, far from his family and friends, training. At age 15, he moved to Rosario, to an apartment we got for him in front of the club. He was number 2 in the junior circuit after a short time.

”When Bela called him to play, I had to take the phone call, because Agustín didn't dare to pick up the phone”

The growth of Tapia's career has been exponential, playing alongside the best in the world, and Crosetti was always there by his side.

— Agustin is crazy, he's played with the best, Juan Martin Diaz, Bela, Lima, Sanyo... When Juan Martin Diaz contacted Agus to form a pairing he was injured, and Juan waited for his recovery to play with him. I remember when Bela called him to play and I had to take care of him because Agustin didn't dare to pick up the phone. Now he's here with Sanyo and they are the third best couple in the world.

P.A: How did you and Claudio Gilardoni (Sanyo´s trainer) manage to work together?

— With Claudio, we are a great team because we are people who want to learn daily. We have excellent communication, and we work very well, not only he and I but the whole team. The success we are having has a lot to do with the relationship we have as a team.

P.A: What do you think Sanyo Gutierrez brought to Agustin as a player?

— Dani (Sanyo) is a player who always wants to teach his teammate. He always wants to contribute. And Agustin is a guy who listens a lot and takes advice very well. Sanyo is helping him in the process of becoming a more mature player. They are the perfect complement, and the relationship between them is excellent. They know how to tell each other things, the good and the bad. They know how to shut up and how to listen to each other.

P.A: What does it take to train a couple and make them winners?

P.A: How can you maintain a training rhythm with a sporting calendar full of tournaments?

— It is chaotic at the training level. It is not the same as coming back on a Friday as on a Saturday or Sunday. With tournaments one after another, you can have 3, 2, 1, or no days to train. There is also no physical preparation in tournaments, which can lead to injuries.

P.A: After the Vienna Open title, Sanyo said he sees no ceiling to Agustin's development. You've known him for so long, where is his ceiling? If he has one.

— I've never seen Agustin's ceiling since he was a junior player. Every day he is improving and evolving. Every day he is adding more and more things and becoming a different player. Not only how he grows, but he also transforms himself. In one match, he can be the Agustín that does impossible things, and in the next one, if the match demands it, he can be the player that passes all the balls, generating a volume of play. He played alongside Bela on the forehand and won a Master. I don't know what he will be at the end of his career, but today I don't see him anywhere near his maximum capacity, and we are 500 points behind the number one couple in the Race.

P.A: Do you think he will become number one?

— It would be a great disappointment in my career if Agustin doesn't reach number one, he is destined to get there, and at some point in his career, I'm sure he will. He is going to leave his mark on this sport. 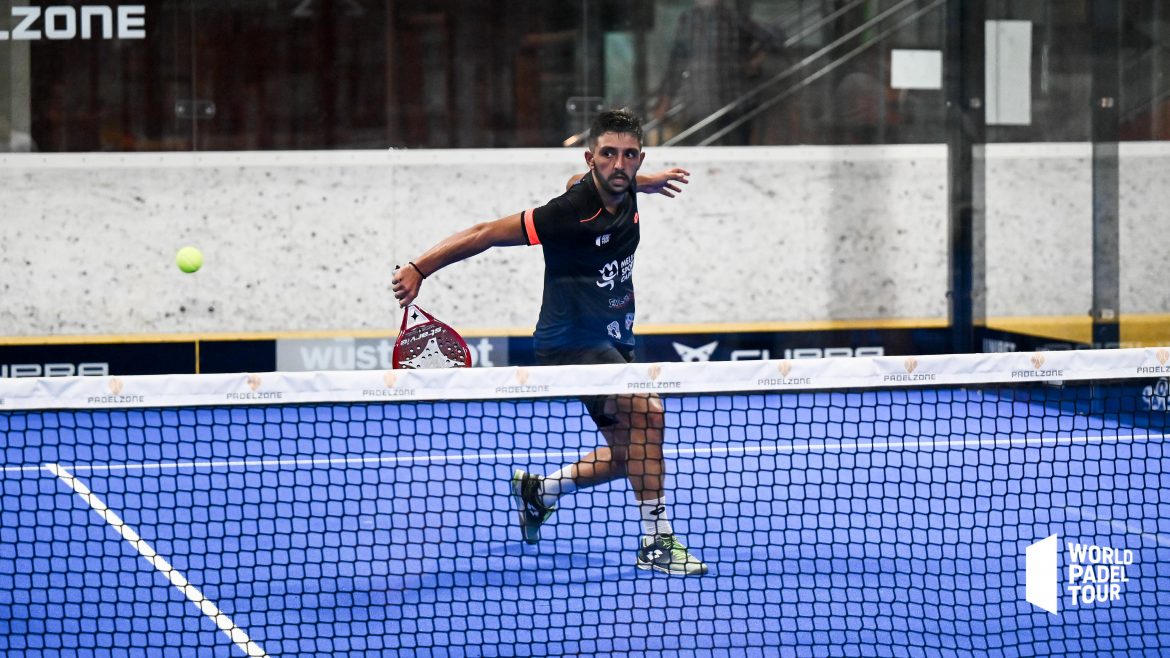