Debutants and champions at the Oeiras Open

In both the men's and women's finals, debutant couples were crowned champions at the APT Oeiras Open. Tolito Aguirre and Adrian Allemandi took out Chiostri and Alfonso in two sets, while Carrascosa and Martinez didn't give Schuk and Gomez a chance, beating them 6-0 6-4.

The men's final pitted Tolito Aguirre and Adrian Allemandi against the number two couple, Chiostri and Alfonso. Aguirre and Allemandi were full of confidence in their first tournament together, after defeating the number one pairing in the quarter-finals and playing an impeccable match against the Deus brothers in the semi-final. At the same time, Chiostri and Alfonso were looking for their first season title in their third final this year.

Allemandi and Aguirre started the match actively and broke their opponents' serve twice to take a 4-0 lead. The number two pairing tried to come back, but the debutant pair managed to close out the first set in the tenth game 6-4. In the second set, history repeats itself. Two consecutive breaks and the newly formed pairing were 4-0 up again. This time, giving Chiostri and Alfonso no chance of a comeback, they took the match 6-4 6-2 in almost an hour of play.

"If I had to choose a moment to win my first APT title, it would have been next to Tolito, without a doubt. I'm enjoying him as all the spectators do," said Adrian Allemandi after winning his first APT title.

Tolito and Allemandi achieved their dream debut, winning the title in their first tournament as a couple. This week the pairing will compete again at the Hungarian Open, looking to establish themselves as one of the top pairings on the APT circuit.

Carrascosa and Martinez faced the finalists of the Seville Master Manuela Schuck and Monica Gomez in the women's final.  Schuck and Gomez found no answer to the game proposed by the Spanish pair, who took the set 6/0 in less than 30 minutes. Although the second set was more even, Carrascosa and Martinez broke in the seventh game to take the match and the title by 6/0 6/4 in an hour and a quarter of play.

"After a complicated start to the season, winning the title in our first tournament together is a great happiness," said the number two of the ranking, Cristina Carrascosa, after the match.

In this way, Carrascosa is getting closer in the ranking to Borrero to regain number one on the APT circuit. 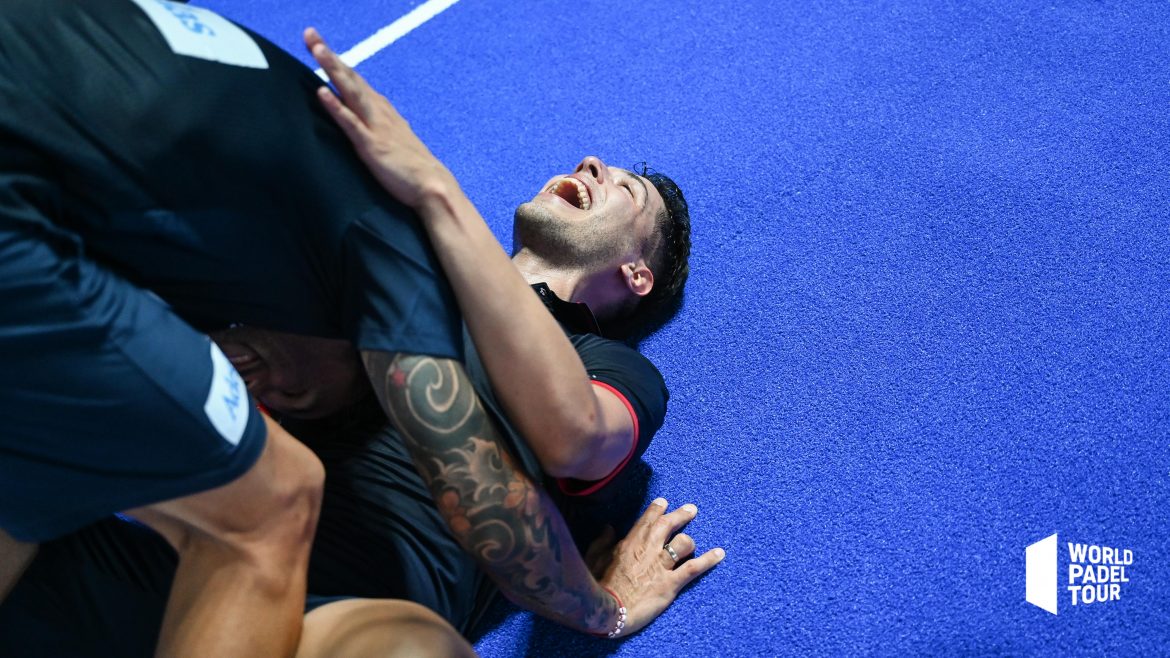