The "Mozart of Catamarca" gives his best concert in Vienna

For the men's final in Vienna, the first and third pairings of the men's ranking faced each other. In one of the best matches of the season, the victory finally went to Sanyo and Tapia, who took the match in three sets, 6-1 0-6 7-6.

The world number ones were looking for their third consecutive title, after winning the Premier Padel Major in Rome and the WPT Master in Marbella. For Sanyo and Tapia, this match meant revenge for what happened last week in Marbella, where they were knocked out against Galan and Lebron in the semifinals.

In a very changing match, it was Sanyo Gutierrez and Agustin Tapia who managed to beat the world number ones, Juan Lebron and Alejandro Galan. In what seemed like three different matches, the pairings shared the first two sets by KO. The first for Tapia/Sanyo by 6-1, and the second for Lebron/Galan by 6-0.

In the final set, everything changed, the match became very even and stayed that way until the end. In the tie break, everything was defined by details, both couples had match points, but it was finally Sanyo and Tapia who took a breath-taking final, by 6-1 0-6 and 7-6 in 1 hour and 44 minutes of the match.

"I've discovered in Agustin a super talented guy, but he's also like a sponge... he absorbs all the advice and wants to keep learning all the time. He is a player who has no ceiling, he has a lot of growth ahead of him and he can be an even better player. I will try to continue to accompany him, putting on cold clothes when it's time to do so. This is the reward for the great work done by our whole team. I'm very happy and emotional, because on Wednesday I'll be 38 years old, and at my age to be able to beat this kind of couple, is a gift of life" said Sanyo Gutierrez moved to tears after the match.

Both pairings have faced each other 6 times this season, with the balance being very positive for the number ones, who lead Sanyo and Tapia by 4-2. However, the two times they faced each other in the final (Reus and Vienna), the victory has been for Agustin and Sanyo.

In the women's final of the Vienna Open, the world's top players finally had to give up. Ari Sanchez/Paula Josemaria defeated Alejandra Salazar/Gemma Triay 4-6, 6-4, 6-3, giving the young Spanish pair a total of three titles on the World Padel Tour this year. 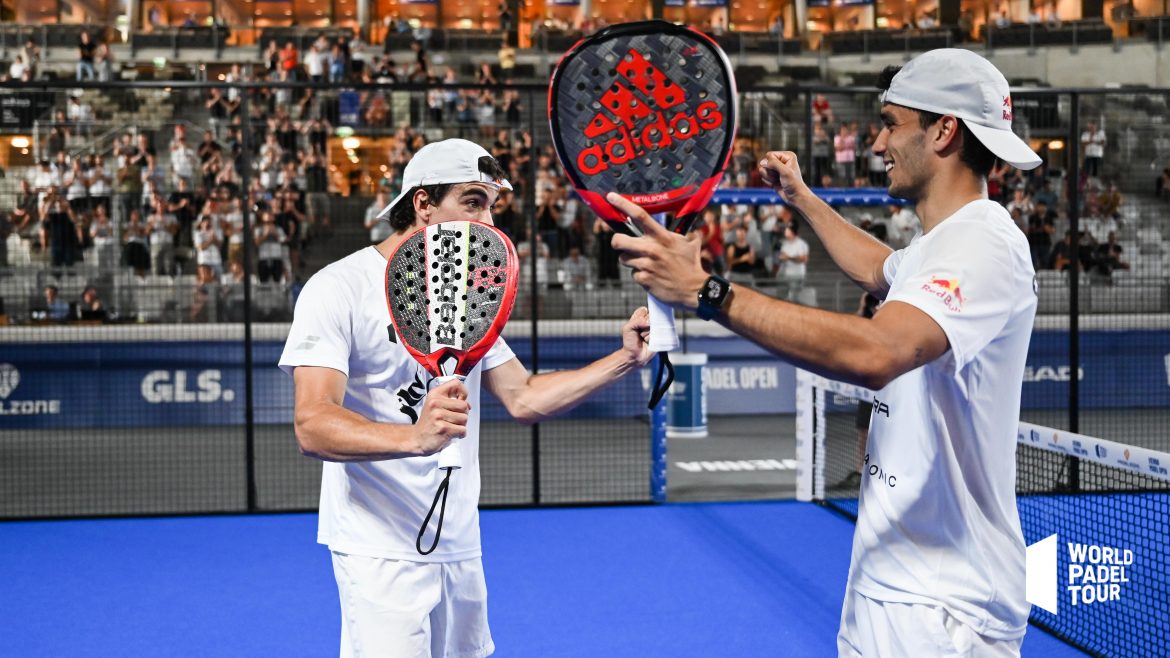