After the record attendance in Rome: may move to a bigger stadium already next year

Italy's first-ever Premier Padel Major tournament become a huge crowd success. A total of over 30,000 people attended during the week, and next year, the competition may move to the largest stadium in Foro Italico with a capacity of 10,500 spectators.

Nearly 7,000 people packed the sold-out arena for the final of the second Premier Padel Major of the season, where Ale Galan and Juan Lebron defeated Paquito Navarro/Martin Di Nenno.

This is a new record for a single padel match in Italy.

”We already know padel is the fastest-growing sport in the world, but this week at the Foro Italico showed us just how far the sport has come in a short space of time since the launch of Premier Padel,” says the President of FIP, Luigi Carraro in a press release.

In all, over 30,000 supporters visited the Foro Italico over the week of the tournament, according to the press release.

During a press conference with Angelo Binaghi, President of the Italian Tennis Federation, and Luigi Carraro, among others, the parties said that they would work on moving the tournament already to next season. The move will then be to the largest stadium in the area, with a capacity of 10,500 spectators.

The center court on Foro Italico

167 broadcasters showed the tournament - it is also a new record. In addition, tickets were sold for 700,000 euros. The next Major organized by Premier Padel will be played in Paris at Roland Garros from 11-17 July.

”I would also like to place on record my thanks to the Italian Government, Italian Tennis Federation, and Sport e Salute for their work and enormous support in the hosting of the Italy Major Premier Padel 2022. We now look forward to the Paris Premier Padel Major at Stadt Roland Garros in July”, said Luigi Carraro. 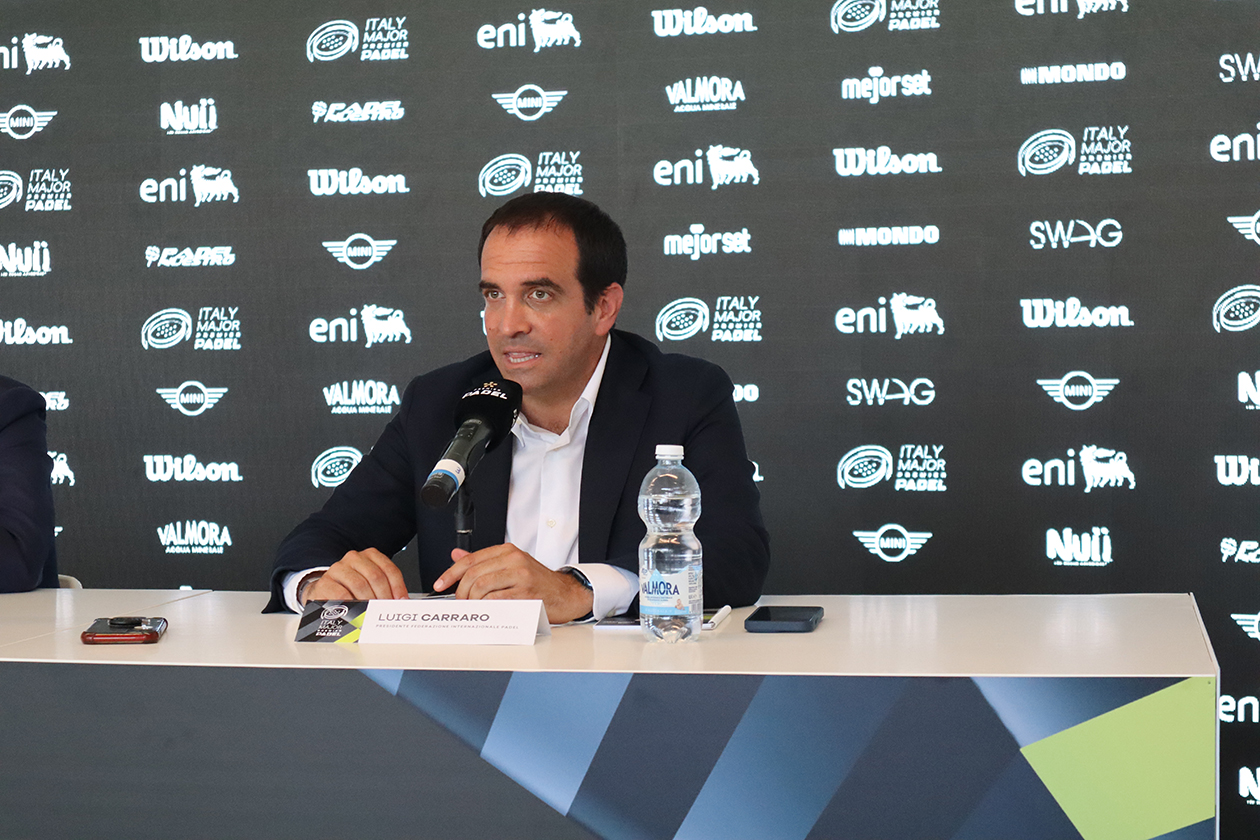 next article FIP President's response about the World Cup: ”Want to decide it in 15 to 20 days”
Latest news