The couples, one and two of the world, managed to win their respective matches to repeat the final of the first Premier Padel Major in Qatar.

At the Foro Italico in Rome, in a packed stadium with over 6000 spectators, Lebron/Galan and Di Nenno/Navarro got their tickets to Sunday's final of the Premier Padel Italy Major.

In the first semifinal, Navarro and Di Nenno faced Chingotto and Tello. In a changing match, the world number two's managed to win in three sets, 6-2 3-6 6-2.

"It's always a battle against Chingotto and Tello, and today's challenge confirms this: it was a really even match, very balanced. We're thrilled to be able to play again in a final of the Major Premier Padel. When I was young and used to watch tennis, I would never have imagined seeing the stadium full of spectators watching padel, and this is what we have here today,” said Navarro after the match.

In the other semifinal, Alejandro Galan and Juan Lebron faced Fernando Belasteguin and Arturo Coello. The match was tied 1-1 when in the third set, controversy broke out; Lebron alerted the organization that he had received an insult from the stands and identified the spectator, who was expelled. Finally, the match ended 6-4 3-6 6-3 in favor of the number one couple.

“I want to thank this marvelous public that has come tonight to watch us play. It was a really tough match, but we all gave it our best. I have to congratulate Coello and Belasteguin because they played at a really high level,” said Lebron

Thus, in the final, the couple one vs. two of the ranking will face each other, reediting the final of the Qatar Major. The match will start at 18:00h (Local). 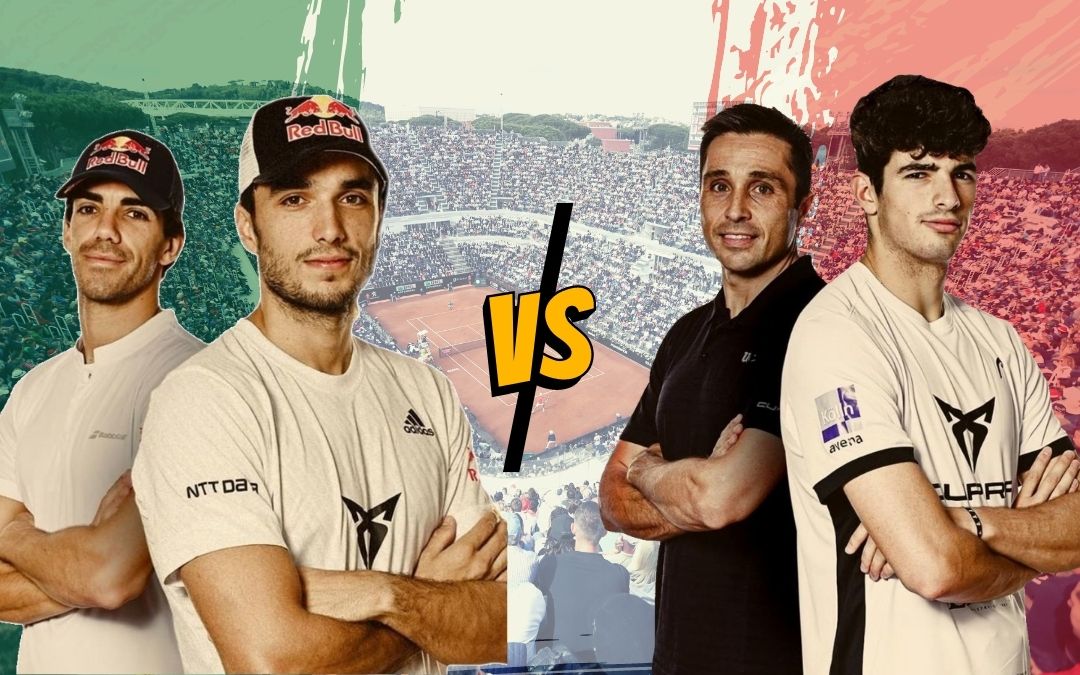