The number six-ranked couple of the WPT, Bea Gonzalez and Marta Ortega won their first Open title after defeating Mapi Sanchez Alayeto and Sofia Araujo 6-2, 6-4 in the final of the WPT Danish Open.

In the final of the WPT Danish Open 2022 - the first of the season without the number one seeds on the court - the couples of Bea Gonzalez/Marta Ortega and Sofia Araujo/Mapi Sanchez Alayeto faced each other. Mapi and Sofia played their first tournament together due to Majo's calf injury. It was the first final in World Padel Tour for Araujo, the second Portuguese player to reach a WPT final - next to Ana Nogueira.

Both pairings came into the final in great form, not dropping a single set in the whole tournament.

The match began better for Marta Ortega and Bea Gonzalez, who started by breaking their opponents' serve in the first game. Although the first set was even - they played four golden points in 8 games — the Spanish pair managed to take the key points, winning 6-2 in 50 minutes. During the second set, Gonzalez and Ortega maintained the solidity of play they had shown throughout the tournament and managed to take the match in two sets, 6-2, 6-4.

"We deserved this. We have worked very hard to achieve it. This season we have lost matches that have hurt us a lot, but they have helped us come back stronger and achieve this reward. Today is a day to enjoy," said Bea Gonzalez after the match.

In this way, Martita and Bea won their first Open title, which became the couple's third title of the season, after winning the Challenger of Albacete and Getafe. This will mean the duo will place third in the Race 2022. 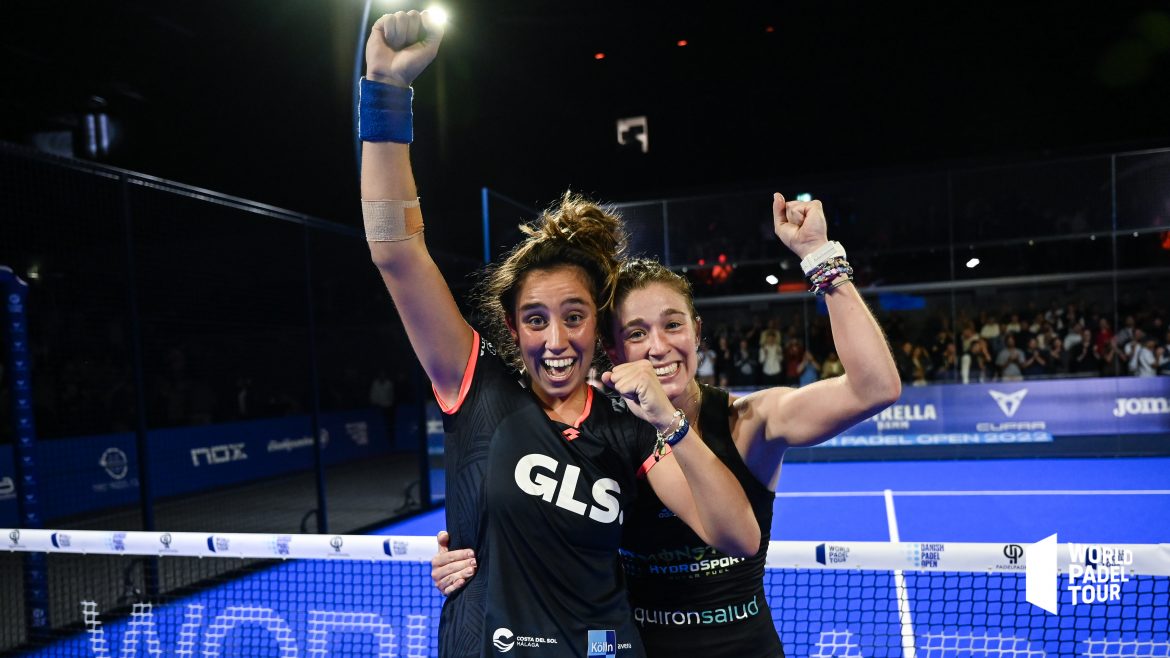