Franco Stupaczuk on his racket problems during the final: ”I take responsibility”

In the final of the Brussels Open, which faced Franco Stupaczuk and Pablo Lima against Alejandro Galan and Juan Lebron, the Argentinian player's racket was broken three times, causing his safety string to be cut.

The newly formed pairing of Pablo Lima and Franco Stupaczuk reached the final in their debut at the Brussels Open. In the match, the Argentinean/Brazilian pairing found no answers to beat the number one, who took the title.

But something curious happened during the match, which made "Stupa" lose concentration: The safety string that holds the racquet to the player's arm was cut three times during the smashes, causing the Argentinean's Siux Electra racquet to fly off, with the consequent loss of vital points (one of them was a set point).

Siux has recently presented this racket as the player's official racket. And the premiere on the court has not left a perfect impression. However, the Spanish brand has come out to clarify the situation on social networks.

According to Siux, the racket used by Stupa would not be the same one that went on sale to the public last week, and the flaw observed is only found in the rackets built especially for the player.

“From Siux, we want to reassure all the brand's followers and our player Franco Stupaczuk. What happened in the final of the Brussels Open was a punctual failure that occurred in the last pádel rackets received by the player. The Sioux Electra used by Stupa has a different string than the ones we have for sale to the public due to his preferences, and we are aware that there has been an error in the handling of the latter.

”We do not doubt that the same thing will not happen to Siux users. The padel rackets that arrive from the factory have proven quality and resistance. For our part, we assume the error, and we continue working to give the best solution to our player so that it does not happen again”, stated the brand on its Instagram.

Franco Stupaczuk has taken some of the blame. According to him, the strings he used in the final were not the original ones but were changed by the player in the previous days.

"As for what happened with my racket today, I take responsibility. As many of you already know, the string I use is not the one that comes from the factory. I changed them days before the tournament in Brussels, and it seems that match after match with the hits they were wearing out.", wrote the player. 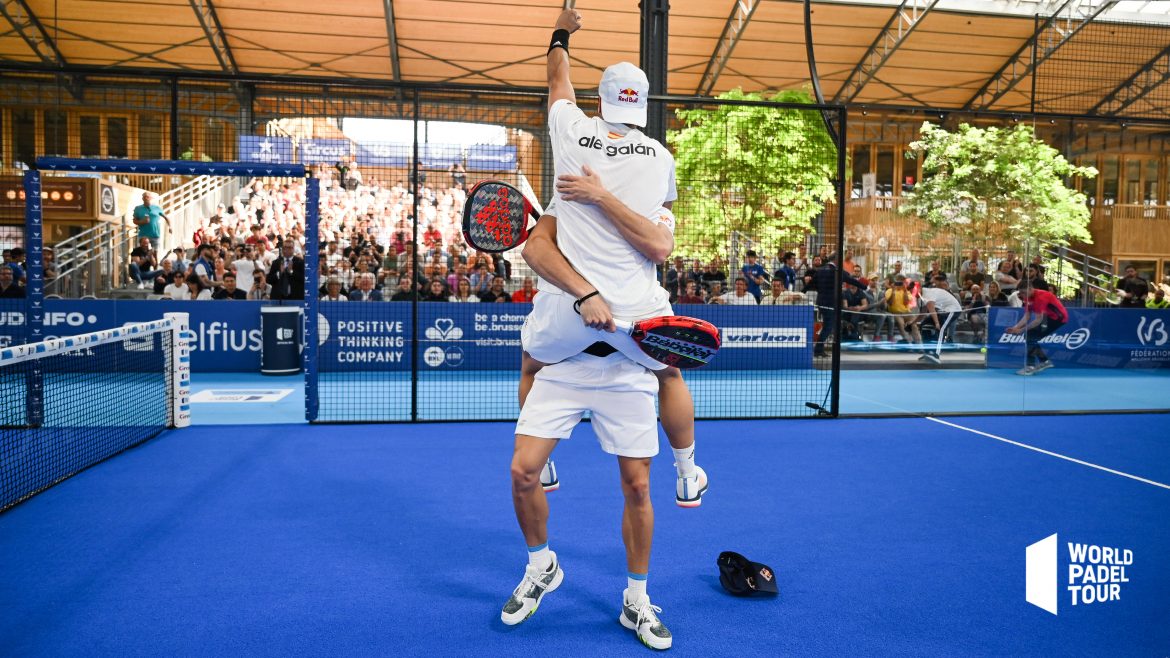 next article The number ones crowned in Brussels: ”Super competitive”
Latest news