New York Citys first padel club to be open in Brooklyn: ”The potential for padel is tremendous”

New York City's first padel club is almost here. In May, the Padel Haus will open in a 16,000-square-foot Williamsburg warehouse. But already now, the founder is planning an expansion with clubs in Manhattan and Long Island in New York and building the first clubs in Philadelphia, Boston, and Washington DC.
— The potential for padel in the North East of USA is tremendous, says Santiago Gomez, the founder of Padel Haus.

Located in Williamsburg, Brooklyn, the first-ever padel club in New York City will soon open its facilities. The project is led by Santiago Gomez, a Mexican who was in his home country for eight months during the covid pandemic.

When he returned to New York, he had the idea of creating the first padel venue in the city.

— I stayed in Acapulco for eight months and played padel every day. When I came back to New York, I asked myself: Why don't I open a club here?

In May, Padel Haus opens with four indoor courts.

— I found a warehouse ten minutes from Soho in an area called Williamsburg. There will be four indoor courts with two outdoor courts coming next summer. It will be a member club with a kids academy, locker rooms, sauna, and yoga studio.

Santiago Gomez has lived in New York for eleven years, pursuing a career in finance and then opening and operating successful restaurants in New York, Las Vegas, Los Angeles, etc. But he is far away from a beginner in padel.

— I've been playing padel since I was 12 years old. The sport was invented in Mexico, and when I moved to New York eleven years ago, I realized that it was no padel club. I never understood the reason why.

While padel has grown rapidly in many parts of the world and is described as the most growing sport right now, another racket sport has become increasingly popular in the US: pickleball.

— They built a lot of public pickleball courts. That makes it difficult for pickleball operators to do a good business out of the sport. It will not happen in padel because of the cost of the courts. I think that's an opportunity for padel to succeed.

”The problem is real estate”

While padel has established itself somewhat in Florida, Los Angeles, and Texas, Santiago Gomez sees excellent potential to build the sport in the Northeast.

— All of them are outdoor clubs. So the challenge that everybody has is to find space in the city centers that have the proper ceiling heights for padel.

— People in New York, for example, walk or take the subway. If you put it out of the city, it will be hard to capture the people in your club.

Padel Haus in Williamsburg is scheduled to open in May. After that, two more centers plan to open within 2023: one in Manhattan and one on Long Island.

— We are working on a few other locations as well, two more locations in New York. I'm also working going into Philadelphia, Boston, and Washington DC. New York will be first, but in 2024 I want to open in all those northeast cities of the US.

— The potential for padel in the North East of USA is tremendous, Santiago Gomez says.

After eleven years in New York working in the restaurant industry, Santiago Gomez knows the city and its people well. He doesn't see it as possible that padel wouldn't work.

— It also started in Sweden and Spain at some point. What I think will happen is that the Europeans will come first: the Italians, Spanish, and Swedish people. As well as the Argentinians and the Mexicans. They will be the first ones. The Americans will follow because they love to follow trends, what's cool. They will try to learn the sport from scratch. That is also what´s happened in Miami.

There he puts a lot of emphasis on passing on the sport for generations. He uses Mexico as an example. How come the country that invented padel is not the world leader. Instead, the sport has become the biggest in Spain and Argentina historically.

— The reason is the development. They hadn't time to invest in the academy and create opportunities for young players. They opened many courts in residential buildings, so nobody wanted to pay to play. I think those dynamics are why Mexico doesn't have any pro players, academies, or clubs. But it´s changing now during the latest years.

That's one reason why Padel Haus will be the first club in New York to start training children in the sport.

— It will be the first club in the city, so we have a responsibility to educate the new generations in padel.

The opening is scheduled for May, but already Santiago Gomez has felt the pressure of what's to come.

— It´s incredible. People have already found out, and we get messages every day asking about the opening dates. We have a waitlist of memberships without even opening.

”The start of faster development of the sport in the US”

— We are proud and excited to be entrusted to work with Padel Haus, one of the few indoor facilities in the US and unique in its design, so centrally located in NYC. We know that we are skilled at building markets alongside talented contractors. Our team has excellent knowledge and insight on how to support a facility that builds the sport from the ground up in a new city, says Johan Rogebrant, Chief Growth Officer on MATCHi to Padel Alto.

Earlier this year, USA hosted a World Padel Tour event in Miami. And Rogebrant sees an exciting and growing market, of which Padel Haus will be a big part.

— We not only believe but see that the Padel Haus concept is the start of faster development of the sport in the US, with more people contacting us not only as operators but also services related to the sport. We see a huge potential and a bright future for the sport where the WPT and FIP last had competitions at the beginning of the year to increase exposure. We want to do our part in growing the sport together with talented entrepreneurs like Santiago.

The article is about:
Padel in North America
International Padel
Padel in the USA
Santiago Gomez
Padel Haus 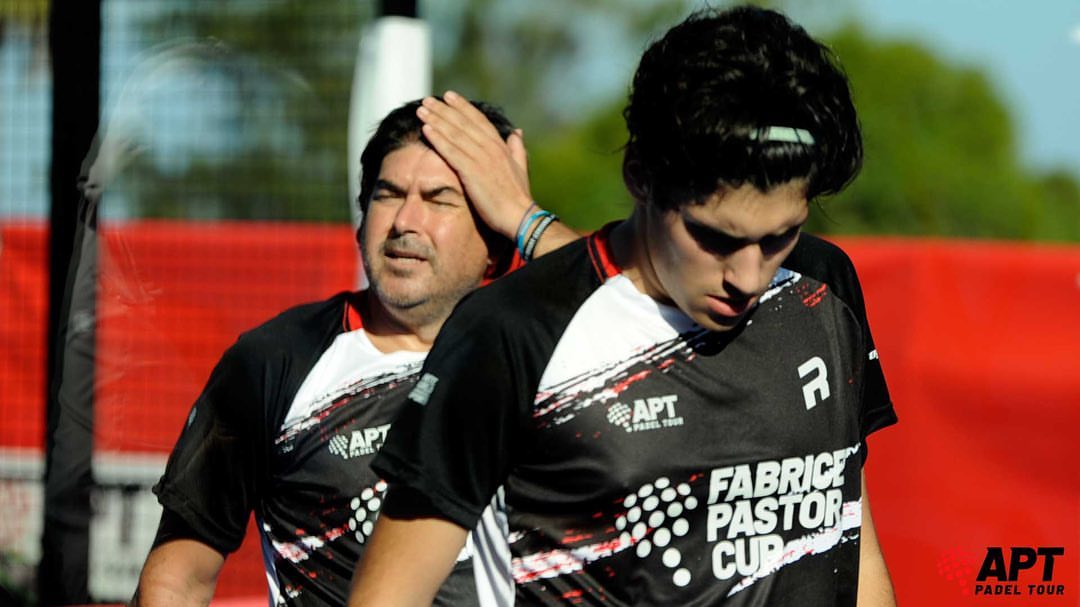