Paquito Navarro and Martin Di Nenno are the first ever winners of Premier Padel. After playing great against Alejandro Galan and Juan Lebron in the Qatar Major and winning fairly with 6-3, 7-6.

Premier Padel, the new world tour created by the International Padel Federation has its first champions. Their names are Paquito Navarro and Martin Di Nenno. This after the team played great at the International Khalifa Tennis and Squash Complex in Doha during the finals of the Qatar Major.

The match ended 6-3, 7-6 in favor of Paquito Navarro and Martin Di Nenno.

The player of the match was Martin Di Nenno, who hardly made a single mistake during the game, while he also made many winners.

— We were very lucky to start the match with an advantage by breaking their serve at the beginning. They had a very aggressive game, and it´s always very difficult for us against them. I´m really happy. I can´t believe it. It´s been two incredible weeks, and it´s not easy to win two tournaments in a row. Now, let´s enjoy it, said Martin Di Nenno after the game and referring to their win one week ago in WPT Vigo Open. 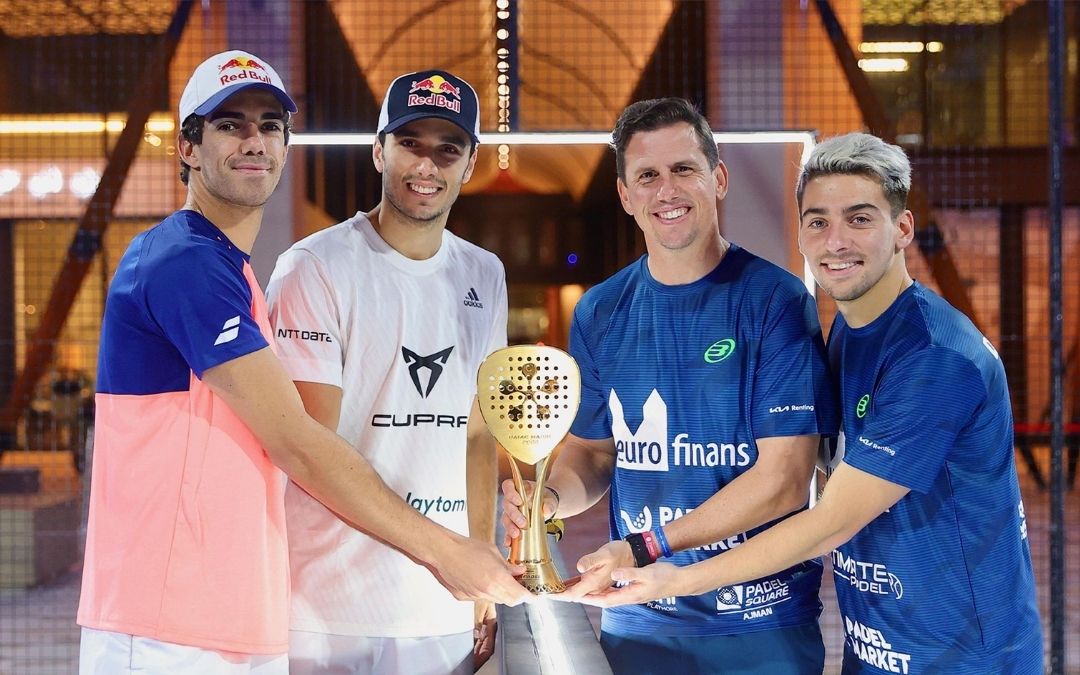 next article Watch the final of Qatar Major
Latest news