Guide: Here are the four teams that can make history

The semi-finals of the Qatar Major, the first-ever Premier Padel tournament, are being played today. Tomorrow night, one of these four teams will become the historical winners of the new tour.

Here are the teams

They began last year's season as a newly minted pair by going to two straight finals. Later in the season, they won the title in World Padel Tour competitions in Sardinia and Mexico. Two competitions were played outdoors under challenging conditions, just like in Doha. During yesterday's press conference with the players, they both said they enjoy playing outdoors and where the surface is fast, just like here during the Qatar Major.

This season, the team has reached the semi-finals at best, the last being the Vigo Open tournament.
In yesterday's quarter-final against Javi Garrido and Lucas Campagnolo, the pair were very convincing and won in two straight sets, 7-6, 6-4.

In yesterday's quarter-final against Javi Garrido and Lucas Campagnolo, the pair were very convincing and won in two straight sets, 7-6, 6-4.

Maybe the best team in the world right now? They finished last season with eight straight wins (!) before losing the semi-final of the Masters Final in Madrid. If they had finished better than Juan Lebron and Alejandro Galan in the Masters final, they would also have been number one in the world. Last year the team had a tough start to the season, this season has started better as they won the third competition in Reus clearly in the final against just Lebron and Galan.

Yesterday they had an easy trip to the semi-finals against Javi Rico and Momo Gonzalez, 6-1, 6-3. And the question is what Ruiz and Stupaczuk will do to make a dent in the pair.

The world's best team, Juan Lebron and Alejandro Galan are still chasing their first title of the season. In fact, they had a tough time in the latter part of last season when Paquito Navarro and Martin Di Nenno even came close to passing as the world's best pair.

This year the team has been in two finals, both in the Reus Open and the Vigo Open. Both have ended in defeat. This is also a tournament that this pair is incredibly motivated to win. Alejandro Galan is the president of the association that has taken the side of Premier Padel and the International Padel Federation in the conflict they are in against the World Padel Tour.

Yesterday, the team had its best performance of the week, beating Fernando Belasteguin and Arturo Coello in two straight sets.

The rat (Chingotto) and the cat (Tello). The couple who have played together the longest. They know each other off and on the pitch. But it's also hard to explain why the team didn't win a single title last season, despite three finals. With the height the team has when they play at their best they are able to beat any team in the world. The last time they won was in the 2020 Las Rozas Open, then on a walk over in the final. It seems like things lock up for the team when it counts.  They have started the season with two semi-finals and one quarter-final.

It speaks against the pair in this prestigious tournament. Game-wise, the pair has everything it takes to win titles and personally I think it will drop off once they win their first.

The team knocked out Lucho Capra and Javi Ruiz in two straight sets in yesterday's quarterfinal. 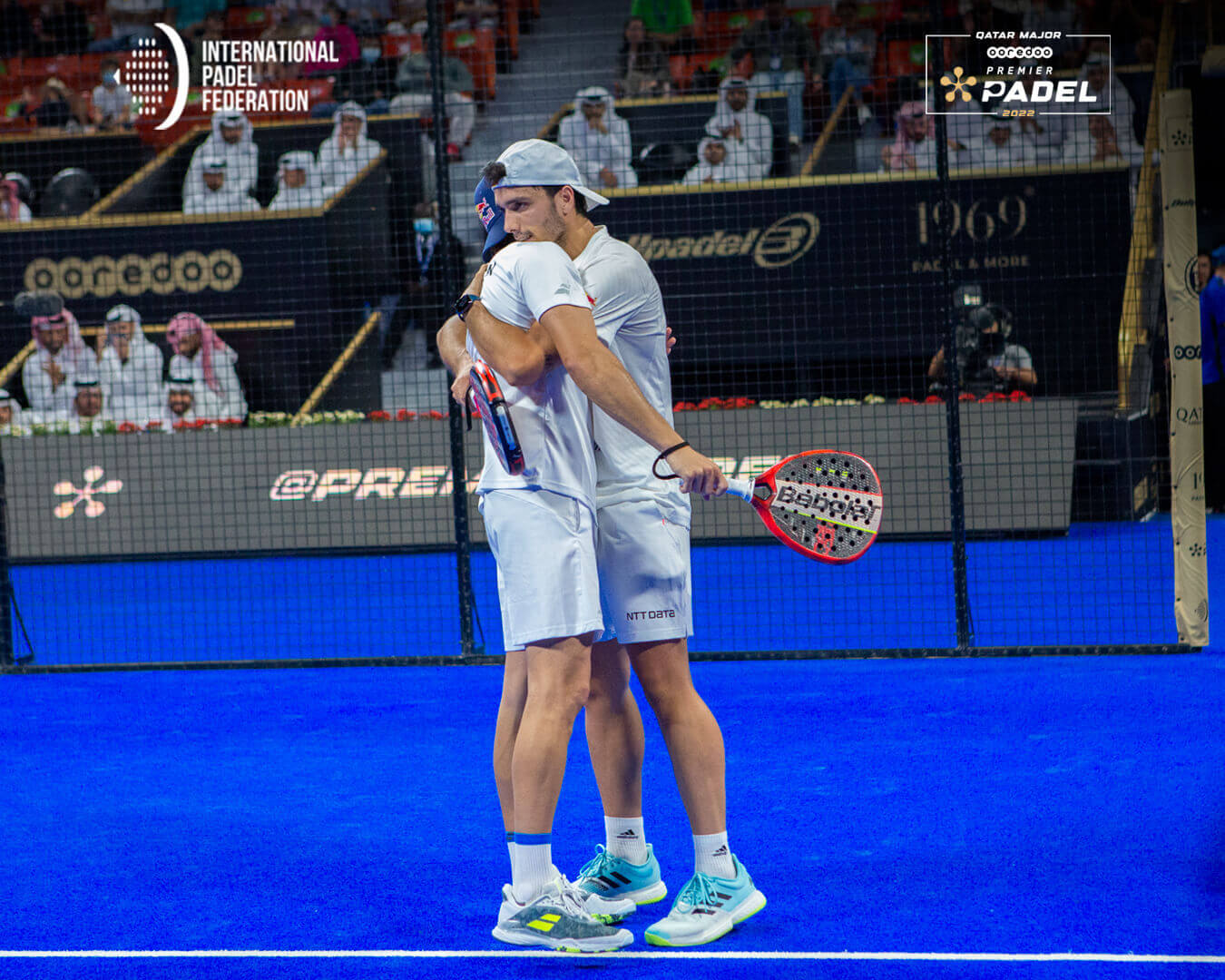