Who will finish the season as the world's best pair? Big guide ahead of the Master Final

MADRID. The biggest padel competition of the year starts tomorrow. The Master Final in the capital of padel, Madrid. The big question everybody is asking: Who will end the season as the best team in the world?

Now it's time for for the World Padel Tours Master Final in Madrid. The question on every padel fan´s mind is: will Juan Lebron and Alejandro Galan defend their position as the world's best pair? Or will Paquito Navarro and Martin Di Nenno take over?

Here is the list of all eight team´s competing in the Master Final 2021.

They are ranked eighth and last in the Master Final. But the men's side is challenging. Lucho Capra and Maxi Sanchez are far from easy opponents. The team has played unevenly with mixed performances this year.

Their highlight was the Valladolid Masters, where they took home the title, but the team was also good in both the Las Rozas Open and the Cascais Masters. Common to these tournaments is that the surface is fast.

Both Maxi Sanchez and Lucho Capra are specialists on fast surfaces and not as good on slow ones. In Madrid, the conditions will be fast because of the height over the sea level. Therefore I think the pair has a good chance to be a surprise in the Master Final.

A new pair for the Master Final. Pablo Lima's partner Javi Ruiz failed to qualify as top 16 in the Race of 2021, and it was between Momo Gonzalez and Javi Rico who shared 17th place. What would it look like if the two left-handers Rico and Lima paired up?

Fortunately, the lottery fell on Momo Gonzalez, who will now have a chance at the Master Final. Momo Gonzalez and Javi Rico have reached one final this year, but remarkably they have been knocked out of the Round of 16 eight times.

Pablo Lima has won two tournaments, the Las Rozas Open and the Malaga Open with Agustin Tapia. In the Master Final, you need to have played together for a long time and know each other well, so I think Lima and Gonzalez will have difficulty winning anything in Madrid.

In addition, I think both players lack the height in their game that is required here.

WOW! ”El Rey” Fernando Belasteguin with Arturo Coello. Who would have imagined that these two would end the season together before it began?

The world's best padel player of all time with 19-year-old Arturo Coello, who has made a significant impact this year. First with Miguel Lamperti, then with Javi Ruiz and Alejandro Arroyo, and then handpicked by Fernando Belasteguin when he decided to leave Sanyo Gutierrez.

The restart with young Coello has been okay, but they still haven't got to a final. Arturo Coello hasn't been to the final in the whole season. However, I'm sure no one on the World Padel Tour is counting Bela out in a Master Final.

Just look at last year when he and Tapia won. Will he take another young talented player to win the Master Final this year? Not impossible.

While other constellations are being changed, Juan Tello and Federico Chingotto stand firm. They have confirmed that they will play on together in 2022. The complete pair has played well this year with three finals.

However, it is a mystery that the team has not taken a title yet. Last year they won the Las Rozas Open, but then Pablo Lima and Paquito Navarro left WO in the final. Will it release when the pair win their first title on the court? I think so.

The team are unlikely to be as the number one for the Master Final but have impressed in Valladolid and Cascais, where the surface was fast. But doubts remain. Will they really take their first title here in the biggest tournament of the year?

Franco Stupaczuk, in particular, likes the slow game, which will not be the condition in Madrid. The pair have generally had a good season together and seem to get on well with each other both on and off the court. Remarkably, the pair have been eliminated nine times in the quarter-finals this season.

Both Tapia and Sanyo have gotten a boost since they started playing together and it's been a long time since you've seen the motivation you see in Sanyo Gutierrez now.

In their second tournament together, the pair won at the Malmo Padel Open in Sweden. Since then, they have been in the finals back home in Argentina. However, one significant question mark for the pair this week is Agustin Tapia's shoulder, which he injured in the Buenos Aires Padel Masters. If it is fully recovered, I see the team challenge for the title. Perhaps the team with the highest level of all when both are in the right mood.

Second half kings of the World Padel Tour. Because who would have thought this after half the season? No, the feeling then was that a partner switch was closer than we would see them challenge Juan Lebron and Alejandro Galan to be the world's best pair when we sum up the 2021 season. Because frankly, things weren't good in the start of the season.

Paquito Navarro looked unmotivated and frustrated and Martin Di Nenno looked almost afraid to make mistakes. But then something happened in the Malaga Open.

In fact, now ahead of the Master Final, the team has not missed a final since the Sardegna Open in early September and on three occasions has won the title. The first came in the Barcelona Masters, then in Cordoba and most recently in Buenos Aires.

If the team gets a better result than Juan Lebron and Alejandro Galan, they will be number one in the world. Can they finish the season on the throne?

Juan Lebron and Alejandro Galan have six titles this season and are the best team in the world. But, there is still something shaky ahead of the Master Final. The team are obviously big favourites beforehand, but are being chased by the superb Paquito Navarro and Martin Di Nenno.

Lebron and Galan have won 80 percent of their matches this year and lack that Master Final title that Fernando Belasteguin and Agustin Tapia snatched last year. Both are expected to be fired up from the first moment to the last in Madrid as the team's form has been criticized lately. And rightly so.

In fact, the team hasn't won a tournament since the Menorca Open in October, not even reaching the final. Since then, the team has been knocked out in three semi-finals and one quarter-final. At home in Spain, however, Alejandro Galan and Juan Lebron can take revenge for the criticism and remain number one in the world. 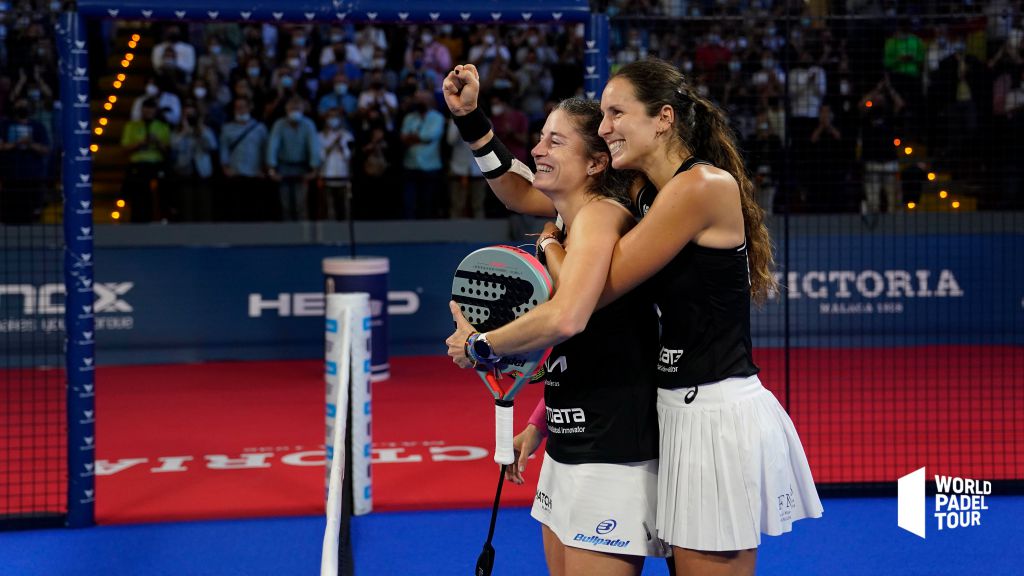 next article The big guide ahead of the Master Final: Here are the female teams competing
Latest news