Sanyo about the Swedish crowd after the thriller: ”It´s crazy here”

MALMO. Sanyo Gutierrez and Agustin Tapia won the semi-finals of the Malmo Open in a dramatic match against the world number one´s. The match was decided in a tiebreak in the deciding set in front of a crazy crowd in Sweden.

The match between Sanyo Gutierrez / Agustin Tapia against Juan Lebron / Ale Galan was exciting and contained a lot of action. The spectacular duels followed each other during the match.

— We played very well in the first set. And in the third, we had a match point against us, But we just kept going and going and going, Sanyo Gutierrez said to Padel Alto after the match.

The newly composed pair have got their game on in Sweden. Yesterday Fernando Belasteguin and Arturo Coello were knocked out in three sets.

But today, Sanyo and Tapia played their best match together.

— Yes, no doubt about that. We practice a lot and do better as a pair all the time, Sanyo says.

In the third set, Juan Lebron and Alejandro Galan had a chance to win and even had two match points. But Sanyo Gutierrez wasn't nervous.

— No, no. I was a little bit nervous at our match point. But not before, he says.

The Malmo Arena, which holds around 6,000 people, was pretty much packed.

— It's crazy here. Spain is much padel in the whole country. It's the mother of padel. But for real, it's growing so much in countries like this, 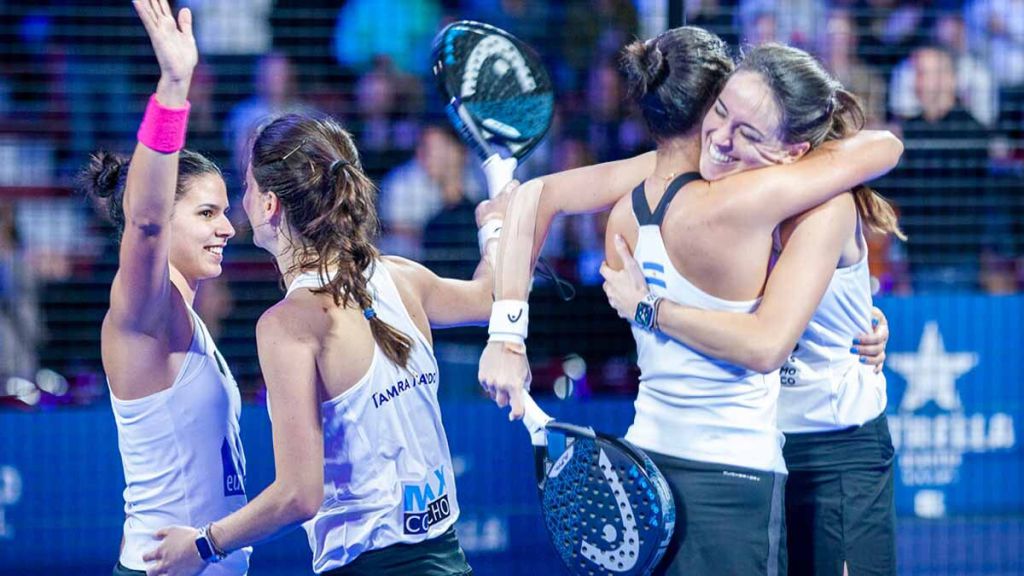 next article Icardo after the semi-final win: ”We were calmer”
Latest news