Super talents about the success in Sweden: ”Incredible”

MALMO. Carmen Goenaga, 17, and Beatriz Caldera, 20, have had an outstanding tournament in Sweden. However, in the quarter-finals, they came up short against Gemma Triay and Alejandra Salazar in two sets.

— It's the first time we've played on center court, and it was incredible, Carmen Goenaga says to Padel Alto after the match.

Goenaga and Caldera stood up well against the world's top-ranked pair, Gemma Triay and Alejandra Salazar.

In the end, however, they ran out of steam and the result was 6-3, 6-2 to the big favorites to win the whole tournament.

— We are facing the number one in the world, and they are tough rivals to beat. But we are happy with the match and the tournament in general, Beatriz Caldera says to Padel Alto.

— We played pretty well in many moments. It's an opportunity for us to gain more experience, Carmen Goenaga says.

The pair have been to the quarter-finals once before this year, in the Valencia Open. But this was the first time they got to play in front of a big crowd on the center court of the Malmo Arena.

— It's incredible. Everything is in one place, and it's wonderful. I'm very happy with the support here in the stands, says Carmen Goenaga.

Yesterday Goenaga and Caldera knocked out experienced Eli Amatriain and Carolina Navarro in three sets in the Round of 16.

Malmo Open is the last tournament for the season for Carmen Goenaga and Beatriz Caldera. Neither in Buenos Aires nor Mexico is the female class included. They are already looking forward to the next season.

When asked if they will play together next year, the answer is obvious.

— We have made a significant improvement this season and have the same goals, says Goenaga. 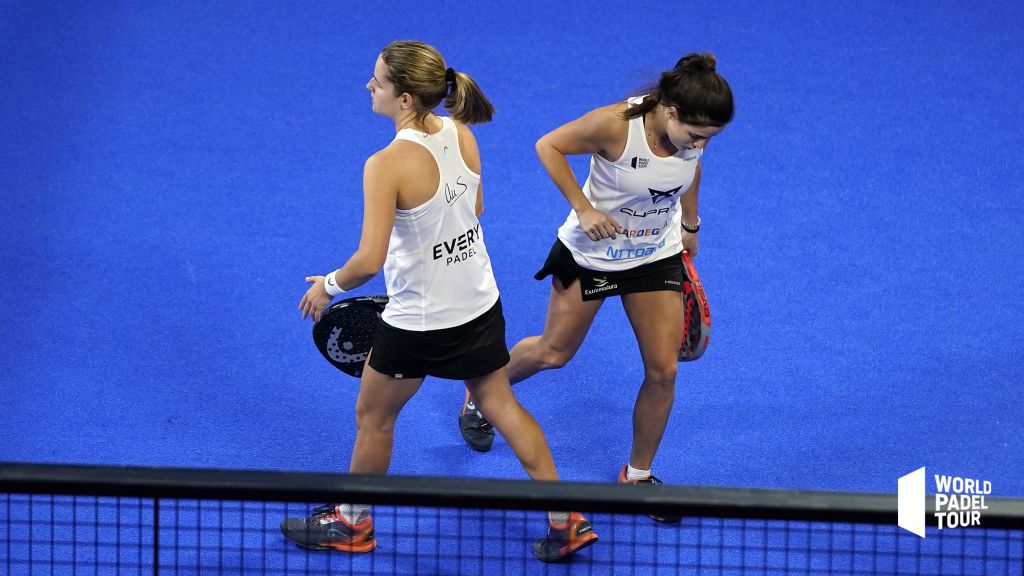 next article Josemaria and Sanchez on fire — easily to the semi-finals: ”Perfect”
Latest news