The coach on Paquito and Di Nenno's mid-season turnaround: ”98 percent is mental”

MALMO. Paquito Navarro and Martin Di Nenno started the season poorly. After several poor results on the World Padel Tour, it got to the point where there was speculation of separation ahead of the Malaga Open. Then everything turned around.

— It was mental stuff, their trainer Rodrigo Ovide says ahead of the WPT tournament in Sweden.

Rodrigo Ovide is the super coach who took home double titles last time at the Cordoba Open when both his teams won. Gemma Triay and Alejandra Salazar on the women's side and Paquito Navarro and Martin Di Nenno on the men's side.

— My teams played so well, and we will try to keep it up at the same level, Rodrigo Ovide says.

And he doesn't dare to answer the question if it can be repeated in Sweden with double victories.

— No, all the matches are tough. But yes, we have a great level right now, he says.

While Gemma Triay and Alejandra Salazar have maintained a steady level throughout the season and are the queens of the tour with a total of eight titles, including five in a row, Paquito Navarro and Martin Di Nenno started the season much worse.

— We had a great pre-season. But when the season started, they couldn't play in the same way.

After a couple of poor performances, they hit rock bottom when they were knocked out of the Las Rozas Open in the last eight, and there was even speculation of a split between the pair.

Then Paquito Navarro and Martin Di Nenno made it to the final of the Malaga Open.

— We had a conversation about the problems, and we tried to make a minor change. It went well.

Since then, the team has been one of the best teams on the tour, with five finals and two titles in the last five tournaments.

What were you talking about?

— It was mental stuff because the level has always been great, Rodrigo Ovide says.

How important is the mental part of training?

How do you work on the mental side with your players daily?

— I see them every day in training. I see their possibilities in their game and try to explain the same things on training as during the competitions.

Both Alejandra Salazar/Gemma Triay and Paquito Navarro/Martin Di Nenno enter the Malmo Padel Open on Thursday. Rodrigo Ovides' job during the week will be to keep the players calm.

— My work is to maintain the calmness of the players and see the possibilities during the matches. It is essential to stay calm in difficult moments and try to see the games correctly. Try to think of strategies and help them the best I can. That's my job, Rodrigo Ovide says. 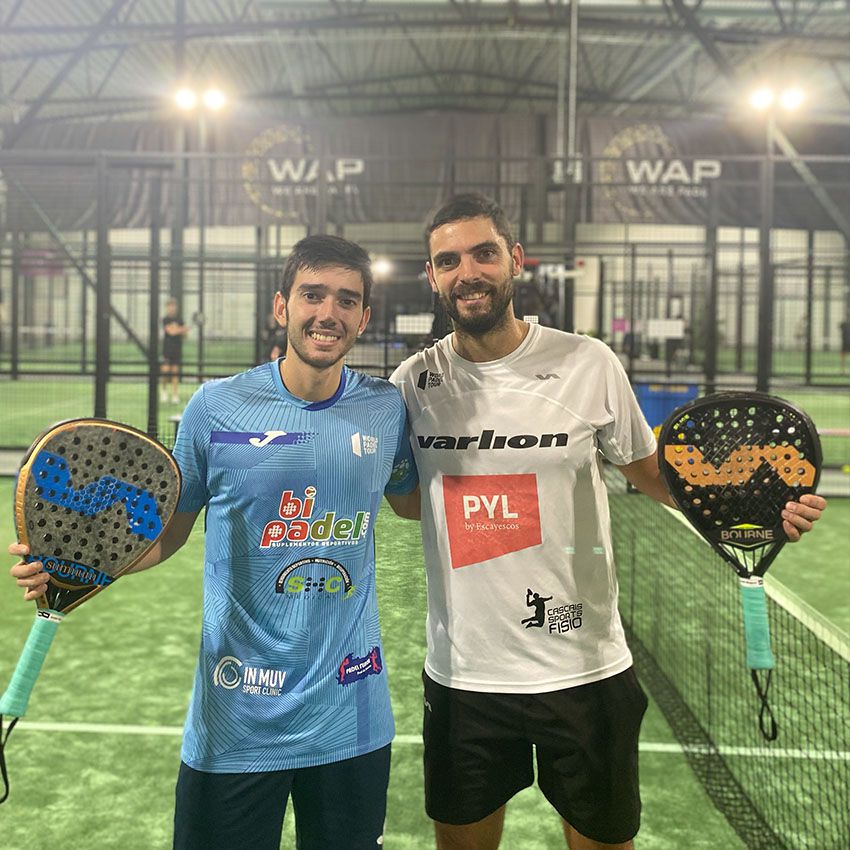