BARCELONA. When Martin Di Nenno took his first World Padel Tour title, it wasn't the most significant victory in his life. That one he took many years ago.
As he sat kissing his knees that brought him here, he thought instead of another victory — the fight back to the padel court.

He sat and kissed both his knees. Then he took the microphone and tearfully said to the crowd:

”I just wanted to come back to play padel. Not all this”.

The impossible had just happened. But the unthinkable had already happened long ago.

On a January morning in 2016, he, super-talent Elias Estrella, and a friend were in a car heading to Buenos Aires airport to catch a plane to Paraguay when they crashed the vehicle. Martin Di Nenno was rushed to a clinic, where he spent ten days in intensive care. As a result of the impact, he suffered a fractured femur in his right leg and an exposed fracture of the kneecap in his left leg.

Elias Estrella, the player who was number one in Argentina, died in the accident.

”I can say that padel saved my life. It was the first thing I thought of when I opened my eyes in the hospital”, said Martin Di Nenno in an interview with the Argentine newspaper Olé.

This Sunday, he was carried out cramping on the back of Paquito in one of the most important tournaments of the year, the Barcelona Masters. In their fourth final of the season, they finally stood there as winners.

"In the previous finals, I was very nervous. It's not easy. I had a lot of emotions inside me, in addition, against Chingotto and Tello, whom I have known for many years, makes it a little more special," said Martin Di Nenno after the match.

Martin Di Nenno, Federico Chingotto, and Juan Tello have all known each other since they were young, leaping from promising young talents in Argentina to super-professionals in Spain.

Before this season, Martin Di Nenno would take the final step to the top when Paquito Navarro approached him. And no, with a bad request. When you're around the World Padel Tour competitions, it's clear that Paquito Navarro is Spain's most popular padel player.

Sometimes I find that hard to believe. Sometimes he looks downright disinterested and depressed on the court.

But if he is the hungry and positive Paquito-version we saw in Barcelona, the pair have a long future together at the top. And when you see his tears during Martin Di Nenno's interview, you realize the pair's strong bond with each other.

This text could have been written years ago when Martin Di Nenno entered the first padel court again after the accident. Or when he and Javi Garrido surprisingly reached the semi-finals of the 2019 Alicante Open.

All Martin Di Nenno could think of when he woke up at the hospital in Buenos Aires in 2016 was just to play padel again. At the time, he couldn't imagine sitting five years later and kissing the knees he couldn't walk on. After winning Barcelona Masters. 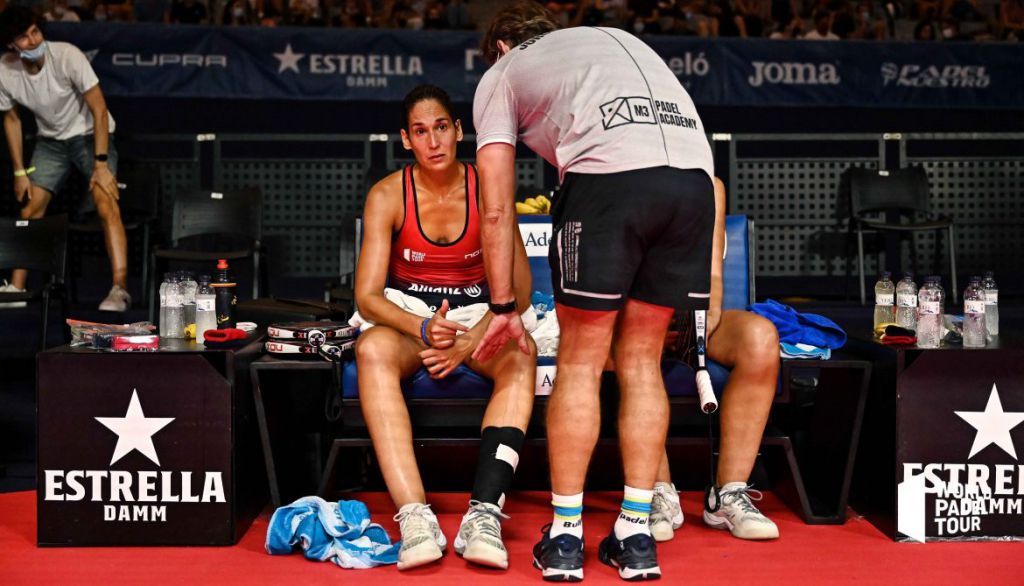