Bela to Padel Alto before Barcelona:· ”A new situation to learn from”

Fernando Belasteguin and Sanyo Gutierrez have been eliminated in the first round in two consecutive tournaments. It has never happened before in 42-year-old Bela's career. Now, the pair are ready for revenge in the Master's tournament in Barcelona, Bela's hometown, for the last 14 years.

— It´s a special city for me, Fernando Belasteguin says to Padel Alto.

After a great start to the season with Fernando Belasteguin and Sanyo Gutierrez winning a total of three tournament titles on the World Padel Tour, the legendary pair have had it worse lately.

First, they were shockingly eliminated in the Cascais Masters against Tito Allemandi and Coki Nieto in the first match. Then it was Miguel Yanguas and Miguel Lamperti's turn to win against the world's number two last weekend in the Sardegna Open.

— We have met 2 pairs that have beaten us well deserved, but the feeling in Cagliari, Sardegna was better than the one we had in Cascais, Bela says to Padel Alto.

Argentinian Fernando Belasteguin has dominated the world padel for a long time. For 16 years, he has been world number one, and since the 42-year-old left Argentina and arrived in Spain 22 years ago, he has never been knocked out in the first round of two World Padel Tour tournaments in a row.

— Working as I have done all my life, I enjoy training and competing. It is the first time since the last 22 years that I have lived in Spain that I have lost 2 tournaments in a row in the first round, and it is a new situation to learn from.

The recent efforts have widened the gap to Juan Lebron and Alejandro Galan at the top of the Race of 2021, the ranking of this season. This week sees the start of the Barcelona Masters. It is the fourth Master's tournament of the season and could be the pair's first Master's title of the year. Two titles have been won by the world ones, Juan Lebron and Alejandro Galan. As well as most recently in the Cascais Masters, they also won the Marbella Masters in June.

In between, Lucho Capra and Maxi Sanchez unexpectedly won the Valladolid Masters.

The tournament that now starts in Barcelona would be special for Fernando Belasteguin to win. Last year he and another Barcelona-based Argentinian player, Agustin Tapia, reached the semi-finals here.

— It is the city where I have lived for 14 years. My children were born here, and it´s a special city for me, he says.

One pattern that has been evident this year is that Fernando Belasteguin and Sanyo Gutierrez have had a much tougher time outdoors during the season. The tournaments they have won have all been played indoors - in Madrid, Vigo, and Valencia.

The Sardegna Open and the Cascais Masters, where the pair went out in the first round, have been played outdoors. Now the first Master's tournament of the year will be indoors, which suits Bela and Sanyo.

— Yes. I prefer to play indoors, Bela admits when we ask about it.

During September, the players have an intense schedule with tournaments every week. Something that might wear on the body of a 42-year-old player, but it's nothing Bela feels.

— I like the fact that there are many tournaments because that means that the sport keeps growing.

The tight schedule will continue in the autumn season, with longer trips awaiting the players than in spring. In addition to Bela's home country of Argentina, long trips to Mexico and Sweden are also expected.

Add to that a World Cup in Qatar.

— It makes me very happy that there are many tournaments in the world, not only WPT but also other options that allow the player to develop their profession.

As this is a Master's tournament in Barcelona, the second-seeded team of Fernando Belasteguin and Sanyo Gutierrez go into the first round, unlike Open tournaments where the top four teams are left out in the first round.

On Tuesday, Tito Allemandi and Coki Nieto will be on the other side of the net, the pair who knocked out Bela and Sanyo in the Cascais Masters.

— The first round has always been difficult and still is for me, with the difference that I am now 42 years old.

— It will be a nice match against Tito and Coki where we will try to take the game to our side. 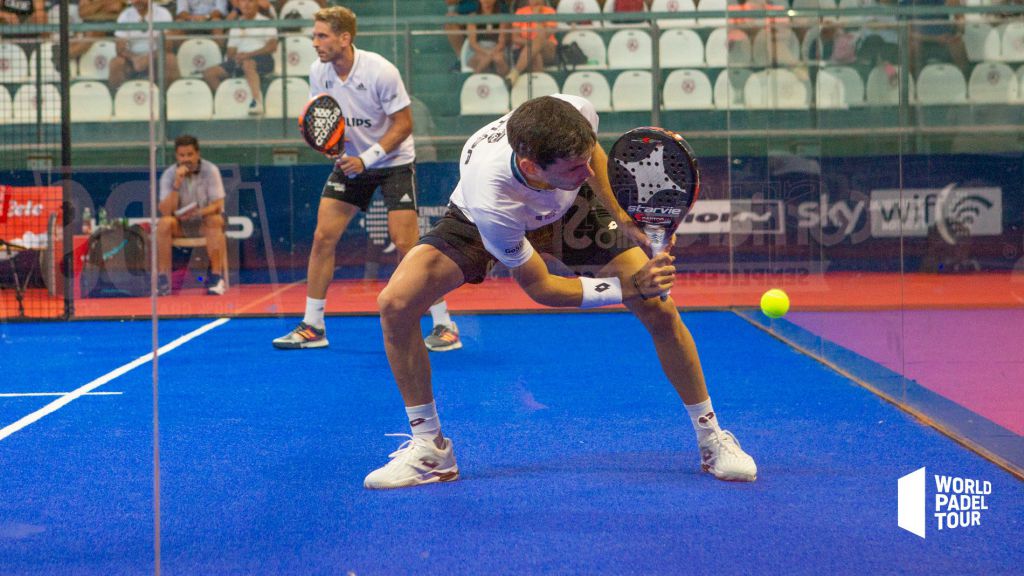