CASCAIS. Josemaria and Sanchez showed their top class in the Cascais Masters when they won the final over "Las Martas" with 6-3, 6-4. It means the team's second Masters title. In total, they now have four titles for the year.

Paula Josemaria and Ariana Sanchez's successful season continues. On Sunday, the team took its second Masters title in three tries. Overall this was the team's fourth title of the year.

Marta Marrero and Marta Ortega did not play badly but did not quite reach the level they had in the semi-final against Tamara Icardo and Delfi Brea. This while Paula Josemaria and Ariana Sanchez stepped up their game further for the final.

In the second set, Marta Marrero and Marta Ortega had the upper hand. Still, Ariana Sanchez showed master class, and together with Paula Josemaria, the team got back into the set and was able to serve out the win.

The champion team dropped only one set throughout the tournament. That was against Aranza Osoro and Victoria Iglesias in Friday's quarterfinals.

— We are in good shape at the moment, for me personally I have improved mentally as a player. I've spent a lot of time with my team and it's a job we enjoy. Wonderful to play with Paula and win a Masters, a very important win. Now we'll rest a bit and soon there's another tournament. We have to have some kind of celebration before we go home and rest up for the next tournament, Ari Sanchez said in front of the crowd after the match.

— First of all, I'm very happy to be here, I'm happy to play with Ari and to win another title. We have worked hard, there is a lot of hard work in training behind this. Congratulations Ari, congratulations also to our opponents today they played well, hope they thought it was a fun match, Josemaria says.

The title means the team is alone in having four titles this season and it overtakes Gemma Triay and Alejandra Salazar in the race of 2021.

For "Las Martas" it was the best tournament the team has done. But it wasn't enough this time either. The game schedule on the World Padel Tour is tough in September with competitions every weekend. Already on Sunday, the qualifying for the Sardegna Open in Italy started and in the middle of next week, the main competition begins. 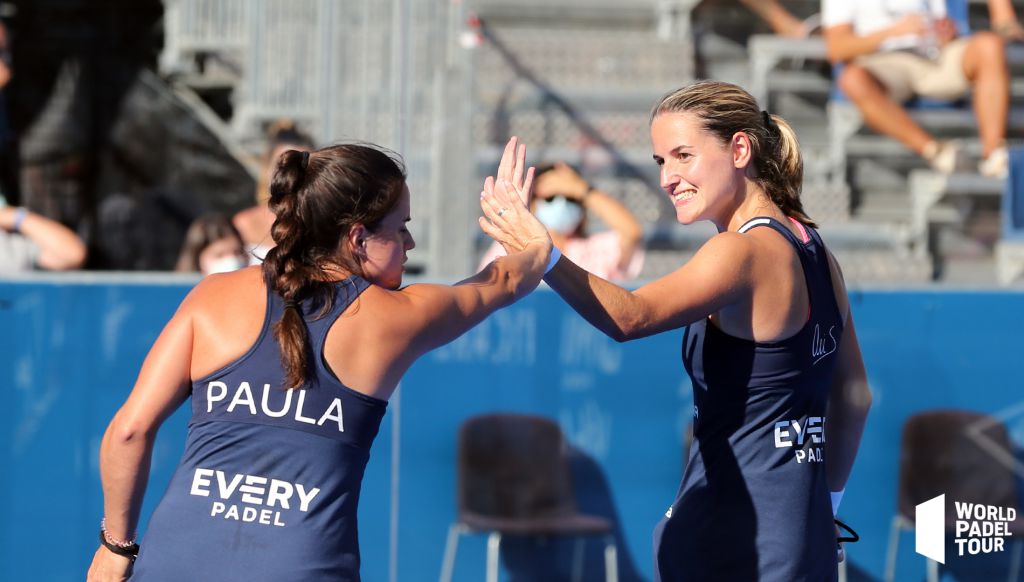