Carolina Navarro to Padel Alto: ”We have trained together one day”

CASCAIS. Last Sunday, they won their first tournament together when the team won the Calanda Challenger. Today, Carolina Navarro and Eli Amatriain once again showed class as the team knocked out the Alayeto twins in a tight match in the round of 16.
— You won't believe me. But we have trained together one day, Carolina Navarro says to Padel Alto.

Carolina Navarro and Eli Amatriain are ready for the quarter-final at the Cascais Masters after winning three sets against Mapi and Majo Alayeto.

— The truth is that it feels very good, Carolina Navarro says to Padel Alto directly after the match.

Former world number one and padel legend Carolina Navarro broke up with partner Cecilia Reiter after the Valencia Open. The pair, who have played together for twelve seasons, managed to make it to the quarter-finals of the Marbella Masters this season. Otherwise, results were lacking.

The new partner Eli Amatriain seems to have given the 45-year-old Carolina Navarro new life on the padel court. Last Sunday, the pair took their first title together, the Calanda Challenger.

— We have connected very well. She is very calm, and I am more temperamental. We get along well too, so it feels great, says Carolina Navarro.

And she admits that the title in Calanda means a lot to the team and herself.

— When you start to win some matches, winning a tournament even if that wasn´t the goal. It gives a lot of confidence and motivation to keep going. It gives an extra boost of motivation.

The team once again showed great form as they turned the deficit into victory against Mapi and Majo Alayeto, 3-6, 7-6, 6-4. The match lasted almost three hours.

— The conditions here are very different from Calanda last week; we are at sea level, so now it´s much slower here. To beat the twins, you need to play very well, so I´m happy, says the legend from Malaga, who was highly praised during the last Malaga Open tournament.

Carolina Navarro also tells us something astonishing. Since forming a team after the Valencia tournament last summer, the pair have only trained together for one day.

— You won't believe me. But we have trained together one day. I have been in Malaga, Eli has been in Logrono, and then Madrid. But we've played many matches, and it feels like we've been playing for a long period, and we're adapting, she says.

The pair will tomorrow play the quarter-final at the Centercourt against Bea Gonzalez and Lucia Sainz, who won their eighth-round final in two straight sets against Alix Collombon and Jessica Castello.

Navarro pays tribute to the venue right next to the Estoril Casino.

— It´s one of the most beautiful places of all. The view is spectacular, and to play here in the park in front of the casino is incredible. The people here in Portugal are always affectionate and super-friendly, Carolina Navarro says. 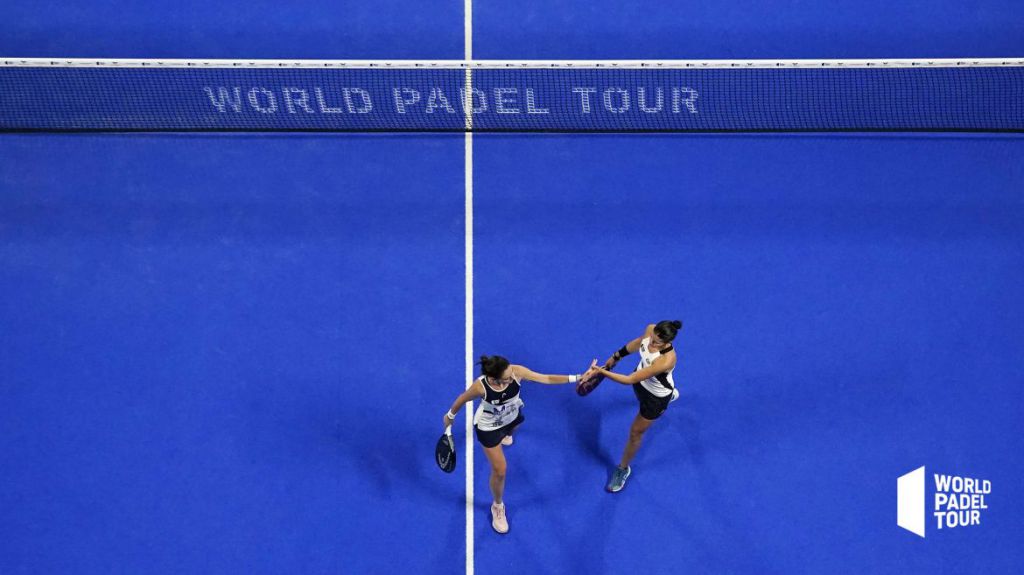