Half time in the World Padel Tour — here's the summary

It's half-time in the World Padel Tour and after a well-deserved holiday the Cascais Masters is kicking in this week. Who has been this year's surprise so far? And what should we look out for in the rest of the season? Padel Alto´s expert Mauri Andrini sums up the men´s side and reporter Filip Björne sums up the women´s side of the first half of this World Padel Tour season.

Half of the World Padel Tour seasons...

Mauri´s comments: I knew that he was a very good player. But think about that he played the pre-qualify  at the beginning of the last year. Nowadays, he´s reaching the quarter-finals, semi-finals,,,, as he was playing there his entire life. And he´s 20 years old! So that surprises me a lot.

Filip´s comments: On the women's side, Tamara Icardo is the big surprise of the year. She was born in 1995, but this is the year she breaks through on the highest level on the World Padel Tour scene. Together with Delfi Brea, the team has taken two titles this year, including in Tamara Icardo's hometown of Valencia. Something no one expected ahead of the season. The defensively strong team thrives when conditions are slower, which we will see more of in the autumn season.

A big talking point of the season was when Mapi Alayeto was diagnosed with multiple sclerosis. The whole padel world paid tribute to the player and wished her all the best. Shirts were printed with the message "Mapi fight." In the Valencia Open, she was forced to withdraw in tears, and in the Las Rozas Open, she did not play with her twin sister Majo. But then came the turnaround. In the Malaga Open, the pair reached the semi-finals, a great surprise for me by a great player.

Mauri´s comments: They really deserved to win that tournament. But it was new pair, and Maxi Sanchez is playing with a left-handed player that he´s not that used to from before. With the pairs we have today, my goodness. If I compare the top pairs with Maxi Sanchez and Lucho Capra, I would never say that they could win but they actually did. They showed that they are competitive.

Filip´s comments: The conditions were anything but fast, opposite Valladolid Masters, which suits Patty Llaguno and Virginia Riera just fine. No one thought beforehand that the pair would go to the final and win with their defensive stable type of play. During the Vigo Open, they hit the experts and the audience on the fingers, and the pair took their first title together.

Mauri´s comments: It depends. I will tell two matches, one for the amateur viewers and one for advancedor professionals and both where in Valencia Open. First I will say Juan Lebron/Alejandro Galan against Paquito Navarro/Martin Di Nenno. It was an amazing match, very nice, spectacular. That match had everything you need, shouting, celebrating, smashing the ball whenever. So I think it was very spectacular and people loves to watch that. For the amateur part it was an interesting match to and to show off the sport. In a more tactical point of view and more advanced players for sure have watched the final from Valencia.It was the finals of the finals, pair number one against pair number two and the match that everyone was waiting for. I think that Bela and Sanyo did such an amazing job and changed their tactics two or three times in the game. How they get into their opponents minds. They showed to their young generation that they still are able to fight for the number one.

Filip´s comment: There are many well-played even matches on the women's side to choose from. I still get stuck on many matches from Tamara Icardo and Delfi Brea, who play a schooled solid padel where the points and matches are often long as the team is mainly a defensively strong team and where Tamara Icardo is not a typical player who decides on strength from her backhand position. One match that stands out is the quarter-final from the Valencia Open against Marta Ortega and Marta Marrero in fine form. The match lasted for three hours and 21 minutes and I just love matches like this that never end and where the mental game becomes stronger rather than the actual game. It was that win in the quarter-finals that secured the title in Tamara Icardo's home town of Valencia.

Comment: Everyone in the stadium cheering and the player´s got the feeling as usual again before the covid-situation. It´s compeletly different to play with people and without. There are players like Paquito Navarro, if he doesnt play with a crowd perharps he plays worse, without people in the stands. He loves it! For a player like Juan Lebron, if people are against him he hates it. This is a part of the sport, conditions. If it´s windy, sunny or it´s crowdy. I hope it´s carries on like Malaga Open did.

Comment: I know that some of the players don't like this tournament as it is played with a lot of disturbance in the middle of the Plaza Mayor in Valladolid, with no showers next to the stadium and the church bells ringing every 15 minutes. But as a spectator, that's also the charm. The crowd in Valladolid is in tune and already from Wednesday's games there is a loud sound from the crowd. Some of the players, like Sanyo Gutierrez, Paula Josémaria and Arturo Coello live here and are backed by the crowds.. This year there were also unexpected results, especially on the men's side. The Valladolid Masters is not like other tournaments, which is why I remember it particularly well from the first half of the season.

What to look for the rest of the season!

Mauri´s comments: Paquito Navarro and Martin Di Nenno had a tough start, but I said early in the season that they will start to coming back again because it is a massive pair. Alex Ruiz and Franco Stupazcuk got to the final in two tournaments, that´s not bad. Bela and Sanyo are closer to the number one´s and Juan Lebron/Alejandro Galan is getting a little bit nervous about it. It´s understandable because they haven´t the result they had last year. It will be in their hands to keep the position of the number one this season. If they separate it will depend who they play with and that make´s it easier for Bela and Sanyo to got the number one in the world. They are mature, very experienced and never fight with eachother. It will be very interresting to see the Race of 2021. And then we have Tapia and Lima. If Tapia is playing like he's doing now, we have another pair that might be fighting for the number one aswell. If Sanyo and Bela do their job and don´t get injured I think they got big chances to reach the number one in the end of the season.

Filip´s comments:I think the top three pairs will continue to dominate on the women's side this season. The pairs are Gemma Triay/Alejandra Salazar, Paula Josemaria/Ariana Sanchez and Tamara Icardo/Delfi Brea. As I said, there will be more tournaments with slower conditions in the autumn season which will suit Icardo/Brea perfectly. The question is, will we have a fourth team that can win a title this fall? The only team to break this trio's dominance this spring is Patty Llaguno/Virginia Riera's title at the Vigo Open. I don't think it will happen again. Instead, the threats going forward are Bea Gonzalez/Lucia Sainz and whether Marta Ortega and Marta Marrero can get back to their old great form.

I also find it hard to see any major partner changes on the women's side as there have been on the men's side. Although I would like to see the other big surprise this season, Aranza Osoro with another backhand player but I can see a shift there when the season is over.

Nine tournaments are played. Nine remains, plus the grand Masters Final which concludes the season in Madrid in December. Of these nine tournaments, three Masters plus the final and six Opens remain. Here are the venues and dates for this fall's World Padel Tour season. 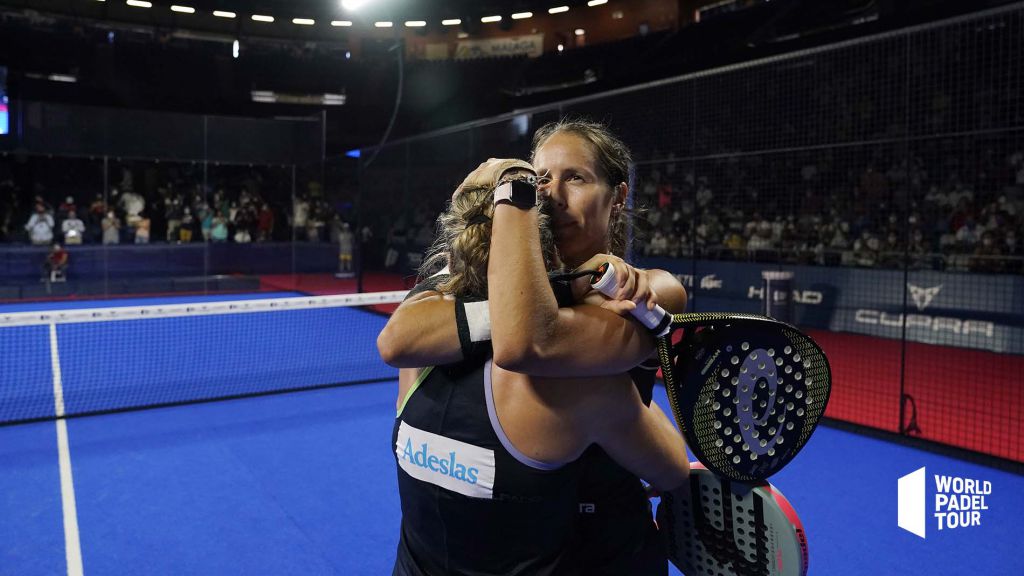 next article TV: Best points of the year on the women´s side
Latest news