”I fly from St Petersburg to Moscow to play padel”

One player flies from St Petersburg to Moscow to play padel. Another is ranked as number 24 in the Spanish region Catalonia. There is currently only one padel club and 20 courts in the whole of Russia. But the Russians believe that the sport will grow in their country as well.

Despite a better team this time, Russia finished in the last place in the European Championships. Except for Norway and Austria, who were eliminated in the qualifying round.

— It was a disaster last time in Rome 2019. We had guys 55 and 60 years old in our national squad, Vladimir Nifontov, from St Petersburg, says to Padel Alto during the European Championship in Marbella.

He lives in St Petersburg, a city that has no padel clubs. To play padel, he flies 700 kilometers from his hometown to the capital, Moscow, to play matches.

— I fly to Moscow to play padel once a week, sometimes I also fly to my friends in Thailand to play. They have a court there, he says.

In Thailand, he discovered padel five years ago and tells he fell in love with the sport from the first moment. The problem was that there was no padel court in the whole of Russia when he went back.

— We have no trainers as well, so you can only play matches, he says.

When Vladimir Nifontov was young, he was a promising talent in tennis and has played matches on the APT tour. Now he has made the journey to play in the European Championship for his country for the second time.

After the European Championship, there will be more flying for the Russian player. But not as often to Moscow. Instead, he has decided to spend a lot of time in Spain, training with coaches.

— I have decided to spend ten days every month in Barcelona. 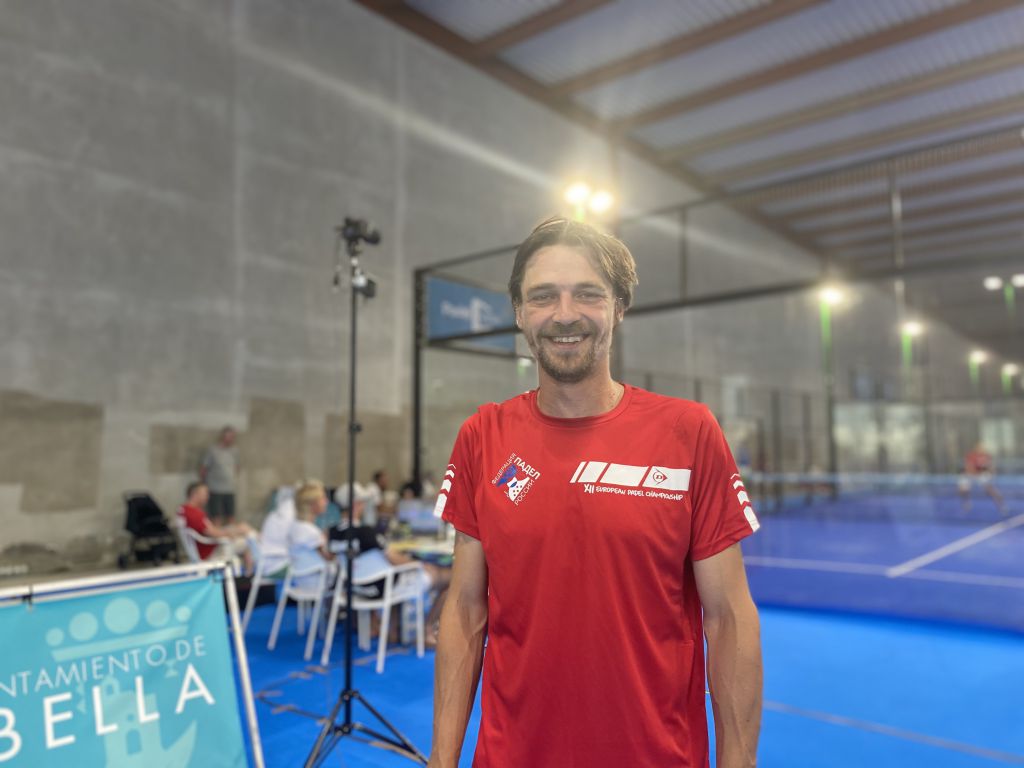 For him, the successful tennis country with stars like Anna Kournikova, Marija Sjarapova, and Daniil Medvedev has a long way to go in padel.

— Padel is completely unknown. It is in the shadow of tennis. But maybe we will see more padel clubs after covid, Vladimir Nifontov says.

The Russian team contains a mix of players, and the quality is uneven. Two players live, and train in Spain, one in Italy, and the remaining players are scattered around Russia.

Russia's best player is Nicolai Maniucov. He grew up in Spain with Russian parents and is ranked 24th in Catalonia. The matches during the European Championship were played in three games with the team that took two wins winning the overall match. In fact, Nicolai Maniucov and his partner Alex Martynov did not lose a single match.

Both his and his partner's Russian language is not good, and they speak Spanish with each other on the court. They work both as padel trainers in Spain.

— We are lucky that many Russians living abroad. They love to come to Spain, they live half a year in Spain and learn to play padel. Nicolai Maniucov, lives in Girona, he is the number 24th in Catalonia, and Alex Martynov was the number 20 in Murcia. But with Covid, he plays less, and now he is around 30, the national team captain, Christian Tarruella, says.

Tell me more about padel in Russia?

— We found padel in 2014 in Russia. In some places now we have one or two courts in a tennis club. There is only one specific club for padel. I hope this year it´s going to start more clubs.

— There are around 20 courts in the whole of Russia, Christian Tarruella says.

What about the future of the sport?

— I think It´s going to be a padel country. The people in Russia are competitive, and there are a lot of tennis players. The climate is ideal for indoor sports. I think it's going to grow fast.

What will it take for Russia to get there?

— We are like Sweden ten years ago. We need time. There is plenty of space in Russia to build courts, and it will happen when people know the sport. 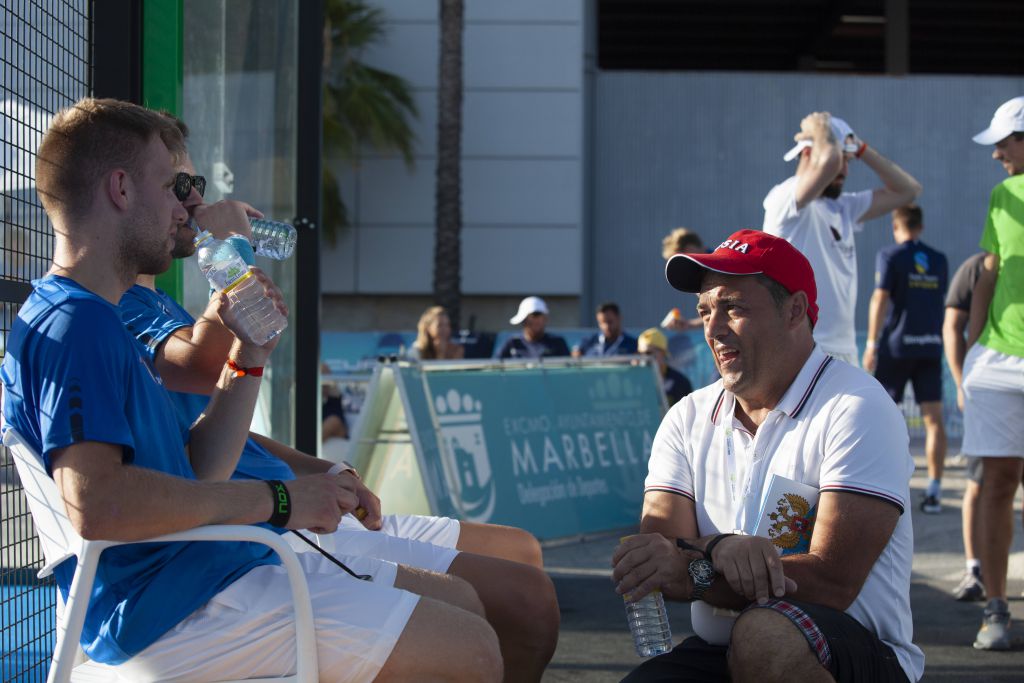 How do you work to spread the sport so that more people know what the sport is all about?

— We work with news, journals in the media and the internet. We are going to open a lot of sites with information to spread the sport around Russia.

Do you think we are going to see a World Padel Tour tournament in Russia in the future?

— In a couple of years, it is possible with a World Padel Tour tournament in Russia. Actually, in October, the first FIP tournament is going to be held in Russia.

How important will that be?

— Very important. For the people to know more about the sport. That people from other countries come to Russia, and it will be a rise for the padel. I'm sure.

Which player would you prefer to have in the Russian FIP tournament if you could choose freely?

— For me, there are two players. Juan Martin Diaz and Miguel Lamperti. Then, of course, Fernando Belasteguin. He is a genius.

Lamperti was in the FIP Stockholm, for example. Do you think we will see him in Russia in October?

— We will send him a special invitation, Christian Tarruella says.

The article is about:
International Padel 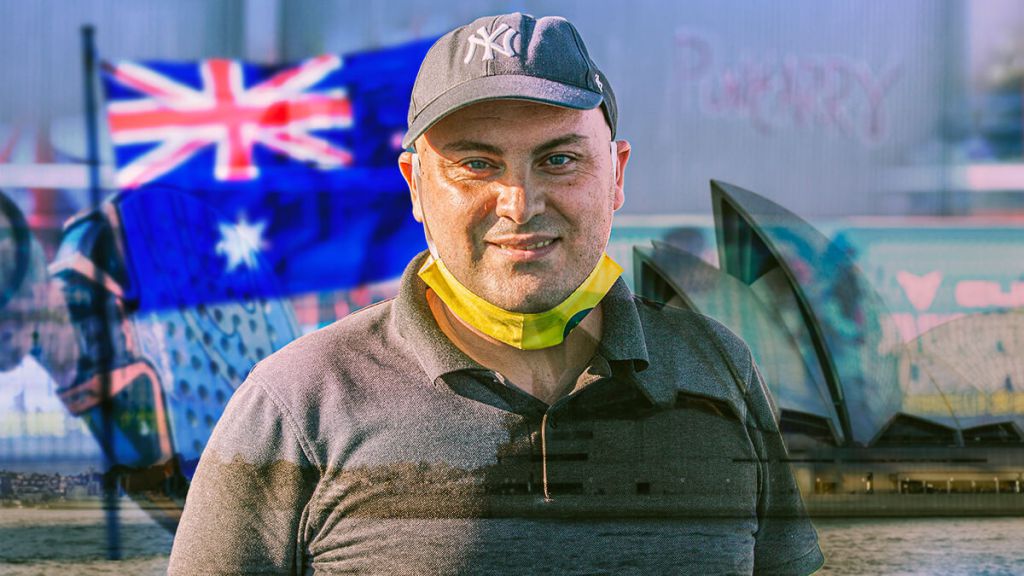