Icardo in her hometown Valencia: ”We had a bit of a hungover since Santander”

Tamara Icardo and Delfi Brea won the Santander Open in May with a big surprise. Since then, the team has been eliminated in the quarter-finals. Now 16th-ranked Tamara Icardo is looking forward to playing in her hometown when the Valencia Open is decided.
— We have to step up our level again, she says.

Tamara Icardo and Delfi Brea won their first match in the Valencia Open as expected against the young talents Nuria Vivancos and Xenia Clasca.

— I am happy to play in my city. With my family and my boyfriend in the stands. I will play with great enthusiasm, she says.

In Santander Open, the pair shocked everyone and won the whole tournament with their brilliant defense.

After that, two tournaments have been played in May. Marbella Masters and Valladolid Masters. In Valladolid, the pair looked immediately weak in the quarter-final against Paula Josemaria and Ariana Sanchez.

Both tournaments have been played outdoors. Now the World Padel Tour steps in again. So the last tournament played indoors was won by Tamara Icardo and Delfi Brea, and the pair have their goals set high this week.

— We have to step up our level again. I think we had a little bit of a hangover since Santander, so now we have to step forward again, Tamara Icardo says.

The 16th-ranked Valencian played her first European Championship for Spain last weekend. A championship that she won easily and where she and Marta Ortega won the final against France.

— It is an honor to represent Spain. And I am very happy to win the deciding match in the final, she says.

Even though Spain did not lose a single match during the entire championship, neither on the women's nor the men's side, she thinks the level is getting better.

— Pretty well, it is good that the level starts to be higher in different countries than Spain and Argentina.

In today´s round of 16, Tamara Icardo, with her Argentinean partner, Delfi Brea, faces an opponent from the European Championship final. The best French player Alix Collombon and her Spanish partner Jessica Castello.

If they win it, it could well be her partner from the European Championships, Marta Ortega, who the team will face in the quarter-finals of the Valencia Open. 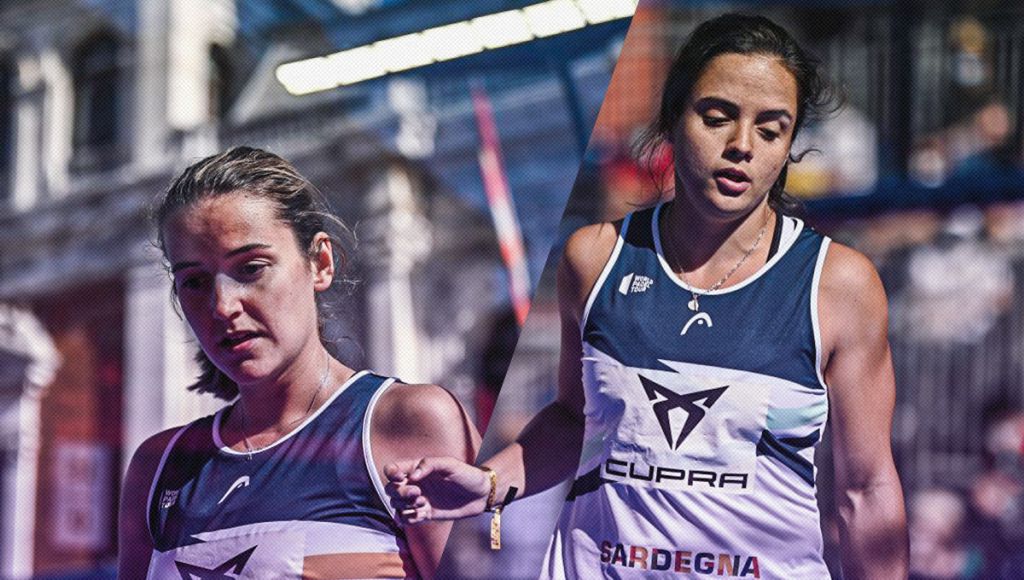