The champions of Valladolid — Salazar to Padel Alto: ”We tried to put pressure on Ari”

Alejandra Salazar and Gemma Triay. These are the names of the champions of the Valladolid Masters. The world number one´s took revenge in the final since their loss in Marbella against Paula Josemaria and Ariana Sanchez.

— After the first set, we had good vibes, Alejandra Salazar said to Padel Alto after the final.

VALLADOLID. The final in Plaza Mayor in Valladolid was a success for Gemma Triay and Alejandra Salazar, they won in two sets 6-3, 6-3.

After the match, Alejandra Salazar talked about their successful tactics for Padel Alto.

— We tried to put pressure on Ari because Paula has such a good kick smash. We used the lob against Ari a lot and moved well out on the court. We succeeded with our strategy, a satisfied Alejandra Salazar said after the match.

The last time the teams met, Paula Josemaria and Ariana Sanchez won in the semi-final in the Marbella Masters. So before the match, Salazar and Triay were looking for revenge.

— It's a tough game. We lost last time and knew we needed to be very focused. After the first set, we had good vibes and gained confidence. We continued in the second set.

The win marks the pair's second tournament win of the year. The previous was in the Alicante Open when they won the final by 6-0, 6-1 against Paula Josemaria and Ariana Sanchez.

— For us, it was very important to win today, to get this feeling again. Then, for the next tournaments, it is perfect to have this confidence.

The upcoming tournament is Valencia Open In two weeks. A competition that is held indoors. Alejandra Salazar enjoyed playing outside in the Plaza Mayor in Valladolid.

— It isn't easy with the wind and sun. You don´t have the security you have inside, and you always need to talk with your partner. But I love this place and city. It is so lovely here. Now we have to train inside again to Valencia, Ale Salazar said.

The final of this Masters was between the world number one´s Gemma Triay/Alejandra Salazar and Paula Josemaria/Ariana Sanchez. A meeting that the audience may often see in the late stages of this season.

But Salazar also warns of other pairs.

— There are a lot of pairs that are very tough now, new pairs also. We have to study them a lot. We have just played six tournaments, and many pairs have been in the finals. So it´s very even, she said. 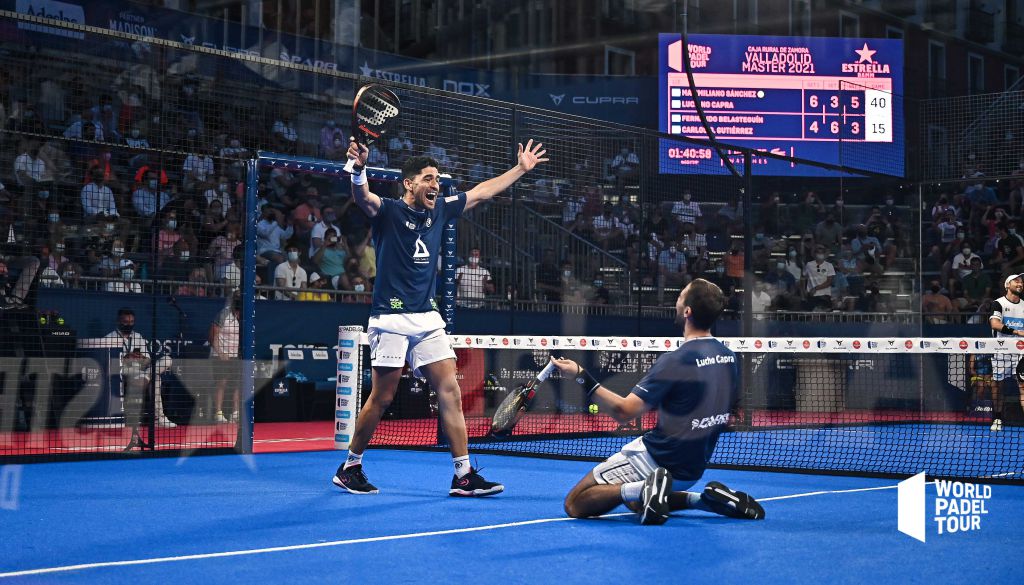