Interview with Javi Leal: ”I won against my father when I was nine”

SWEDEN. Together with Arturo Coello, he is the greatest sensation this season on the World Padel Tour. Padel Alto had an exclusive meeting with the 17-year-old super talent Javi Leal from Cadiz.
— I won against my father when I was nine, he says.

Six wins in the Pre Previa and Previa. Two in the Main round. The incredible result from the Pre Previa players Javi Leal and Miguel Semmler in Vigo Open shocked the whole padel world.

Padel Alto had an exclusive meeting with the modest and quiet super talent during the first tournament of Euro Finans Invitational in Helsingborg, Sweden.

— I am a very quiet and relaxed person. It is the opposite of how I am on the court, says Javi Leal.

Those who were in Helsingborg — or watched the stream from home — last weekend can attest to it. He loudly supported his Swedish partner, Calle Knutsson, on the court.

But how did it start with padel for the 17-year-old super talent from south of Spain?

— My father played a lot of padel when I was young. I saw them play and started when I was seven. I won against my father when I was nine, Javi Leal says.

A year later, he won the Spanish championship at his age.

— I realized I was talented. I also played football as a defender, but I was better in padel.

He grew up with his parents and younger sister in Puerta de Santa Maria in Cadiz, Andalusia. The port city is famous for being the oldest city in Europe.

Here, he learned to play padel in one of the most important padel institutions in the south of Spain, Las Marias. Where players like Juan Lebron and Alvaro Cepero also started.

— It is a small town in the south of Spain, but the school is important. Mauricio Grandes was my trainer, and he is an old World Padel Tour player.

"All moved to Madrid for my dream.”

According to Javi Leal, you must have support from your family at a young age if you want to be a top player. For the 17-year-old talent, his family has a huge impact on his success.

To get to the next level in his career, the whole family decided to move from their hometown to Madrid. Like Juan Lebron and many other top players like Alejandro Galan and the talented Miguel Yanguas, he now trains at the famous M3 Padel Academy.

— I am very thankful for my family. All moved to Madrid for my dream.

At the academy, he trains four hours a day with his partner, 24-year-old Miguel Semmler. Padel takes all of his time, and he has dropped out of school.

— We are training a lot together, some of the top players only train mornings, but we train both mornings and afternoons. Every day, Javi Leal says.

”Pre Previa is the hardest part.”

This season has been sensational for the pair. First, they went from the Pre Previa to the first match in the main round in Alicante Open.

Last week in Vigo, the pair won eight matches and went all the way from the Pre Previa to the quarter-final, where Paquito Navarro and Martin Di Nenno were too tough.

He is happy with his partner and hopes they play for a long time.

— We are doing great results now, and I want to play with him as long as possible. But it is not something we discuss already. I am very happy with Miguel.

The great start of the season has made it possible for Javi Leal and Miguel Semmler to climb on the ranking to 82 and 72. This means that they now enter the upcoming World Padel Tour tournaments in the Previa. The 17-year old is really glad to skip the pre-qualify.

— I think Pre Previa is the hardest part of the tournaments, Javi Leal says.

The next one is Santander Open this week. In the first Previa match, they face Jaime Munoz and Javi Garcia.

— We take game by game and want good a result as possible in Santander. Every match is important.

To quarter-final again?
— It is complicated, but that is our aim, Javi Leal says.

This interview was conducted in cooperation with our Swedish sister site, padeldirekt.se, which was published on Tuesday. 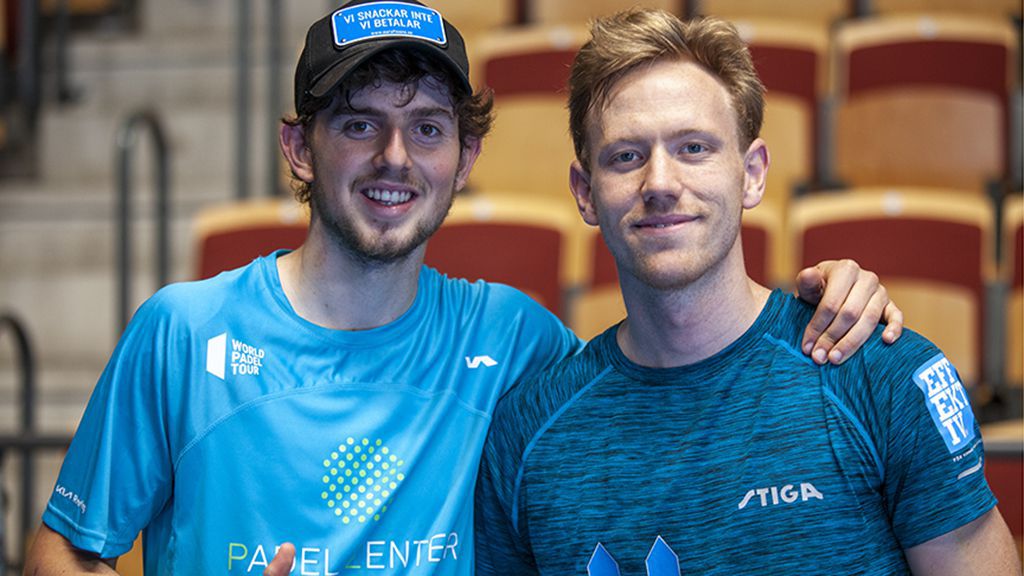