The young talent won on the new Swedish tour

May 21, 17:46, 2021
The young talent Miguel Yanguas and the Swedish player Daniel Windahl won the first version of the new Swedish tour, the Euro Finans Invitational. In the final the pair won against Cayetano Rocafort and Gonzalo Rubio.

Both Javi Leal and Arturo Coello was in the line-up for the new tour Euro Finans Invitational in Helsingborg, Sweden.

Instead was it the young talent, Miguel Yanguas and the Swedish top player Daniel Windahl that won the first competition of the tour.

Both the final teams went there without losing one single set in the earlier matches.

But the final went tough. 7-5 to the childhood friends Cayetano Rocafort and Gonzalo Rubio in the first set was followed up by 6-4 to the Swede, Daniel Windahl, and the Spanish talent, Miguel Yanguas.

By 5-4 in the second set, Daniel Windahl suffered an injury in his hip.

— We had to play more lobs after the first set. I am very happy that our tactic worked today. Daniel did it perfectly and was waiting for the opportunities when he was injured, Miguel Yanguas said after the match.

— I am very impressed, I think Daniel did an amazing job. We were close to losing but, I want to congratulate Daniel because ha had a lesson today on how to play when you are injured, Miguel Yanguas said after the final.

— I am happy to play with him on this fantastic tour, Yanguas said.

Next week Miguel Yanguas plays Santander Open with his normal partner on World Padel Tour, Ivan Ramirez. They will in the round of 32 face Francisco Gil and Sergio Alba.

— We come there in good shape, we went to the quarter-final in Madrid and had good results.  It is a hard draw but we can make it. I am looking forward, he says.

The article is about:
International Padel
Miguel Yanguas
Gonzalo Rubio 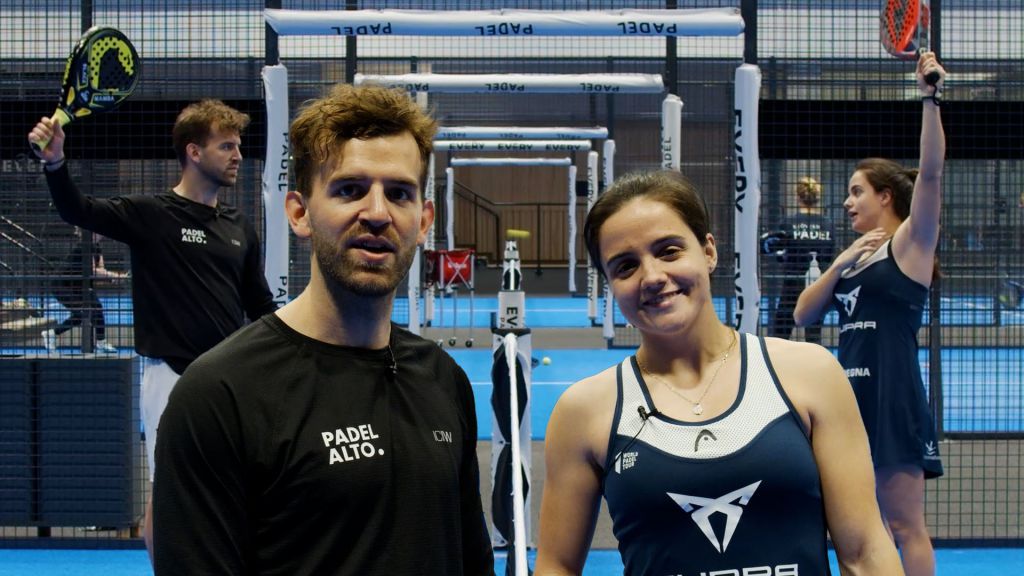 next article Paula Josemaria: ”How to do the best bandeja”
Latest news