The WPT expert: ”These pairs have to step forward”

The former Argentinian professional padel player, Mauri Andrini, gives his answer to Padel Alto before the third World Padel Tournament, Vigo Open.
— It is going to be a spectacular tournament, he says.

1. Hello there Mauri, first of all: What are your expectations for the third WPT tournament, Vigo Open?
— I think that it is going to be a spectacular tournament. Players have got into the rhythm of competition now, and players like Paquito Navarro have not been to the semifinals yet. I think this is the moment, either for the men's side and the women's side. All the pairs will be on fire.

2. So, the season is still young. But can you summarize it so far? Any surprises?
— It is quite early, so I will wait longer to do a better summarize. But, until now, there are two or three pairs that have surprised me. For example, Miguel Lamperti and Arturo Coello. Arturo is absolutely amazing, and I call him the octopus. He has massive hands and can be everywhere on the court. Lamperti is an excellent player. It is hard for the older generation of players because the younger is now stepping forward. I would also say that Franco Stupaczuk and Alex Ruiz have surprised me. I thought it would be a great pair but not as good to beat the top one, top two, or top three.

3. What about this week in Vigo. Do we get to see any surprises now?
— For me, I want to see what happens after a result. If there are two or three pairs that don't get to the semifinals. Perhaps, if they lose in the quarter-final or earlier, I want to see what is happening after. If they ended up split or keep playing together.

— I think some pairs have to step forward this week. I think of Paquito Navarro and Martin Di Nenno, but also Juan Tello and Federico Chingotto. This court in Vigo will be a little bit slow, so perhaps they have the chance to surprise everyone. On the women´s side, Marta Marrero and Marta Ortega have not done good results, so I think that's the pair that will step forward. But it is going to be tough. If they want to win, they have to beat two great teams right now. That is Paula Josemaria with Ariana Sanchez and Gemma Triay with Alejandra Salazar.

4. It is Saturday evening, and the whole padel world looks forward to the final on Sunday. But, which teams are playing?
— Oh man, that is a hard question. I think it will be between pair one and two from each ranking. Ale Galan with Juan Lebron and Fernando Belasteguin with Sanyo Gutierrez on the men's side. Gemma Triay with Ale Salazar and Ari Sanchez with Paula Josemaria on the women's side. The surprises will be pairs that go to the semifinals, but not the winners.

5. So, in Madrid, it was speedy courts and Alicante the total opposite. How is it going to be in Vigo?
— It depends on the temperature. Since it is indoor, they can put up the heat from 19 to 22 degrees, and then the conditions change. It would be closer to Alicante in Vigo because of sea level, but not that slow. Alicante was too slow, and Madrid was too quick. That means that Vigo's great padel conditions with normal speed will be great. The one who wins is the best pair rather than the pair that smashes hardest or run fastest, 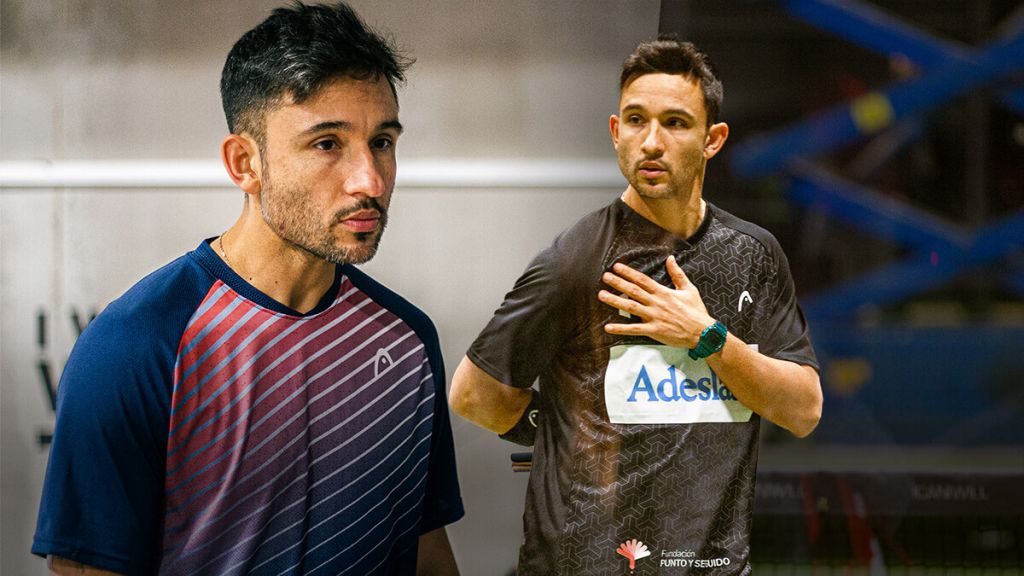 next article Sanyo: ”They will be the team to beat this year”
Latest news